BTC 12: Unlocked went down live on Saturday, September 18 in Burlington, Ontario — the first time since June of 2020 that the organization had hosted a show in its home base.

For those unfamiliar with BTC, the promotion has seen the likes of newly-signed UFC fighter (and Contender Series winner) Jasmine Jasudavicius, as well as Kyle Prepolec, Cheyanne Buys, and Lupita Godinez rise through its ranks.

In the main event of BTC 12, middleweights were set to collide as Dorjan Dokaj, an Xtreme Couture Toronto fighter who went 7-0 as an amateur, took on Matt Bednarek. Dokaj was looking to improve to 2-0 as a professional, while Bednarek was making his promotional (and pro) debut.

Dokaj’s previous fight had come at BTC 10, which saw him pick up a unanimous decision win at the event back in June.

Saturday’s originally planned main event had been set to feature Louis Jourdain, younger brother of UFC featherweight Charles Jourdain, taking on Tyler Wilson. That bout, unfortunately, dropped off the card just days out from the show.

Full results from BTC 12: Unlocked can be found below. The event kicks off at 6PM on Saturday, September 12, going down live from Burlington, Ontario, Canada.

A pair of debuting featherweights kicked off Saturday’s card. Kayano Young had Cuban boxing in his back pocket, but the wrestling and ground game of Jean-Luc Harrison served him well. Landing a couple of takedowns and surviving a frantic opening minute, not to mention several nasty-looking leg kicks, Harrison got to mount later in the round, and sunk in the rear-naked choke when Young gave up his back. That forced the tap!

Another debuting fighter, Nate Small, won big in the evening’s second contest. The 140lb catchweight fight saw Small up against Amear Bani, and there was plenty of back-and-forth on the ground throughout the fight, including some early leg lock attempts. But by the third round, Small was pulling ahead, and came close with an arm-triangle choke. When that didn’t work, he dropped ground n’ pound and eventually caught Bani on the way up, trapping him in the RNC and getting the tap with under a minute remaining.

Without question, the loudest cheering section of the night was behind Mostafa Al-Shammary. Who overcame an illegal kick early in the first (and only) round against Jay Gauthier to claim the evening’s third rear-naked choke submission.

In the main event, middleweight Dorjan Dokaj secured the fourth rear-naked choke in four fights on the evening. Getting a huge reaction to his win. With three of the four coming in the first round, it was certainly a big night for jiu-jitsu. 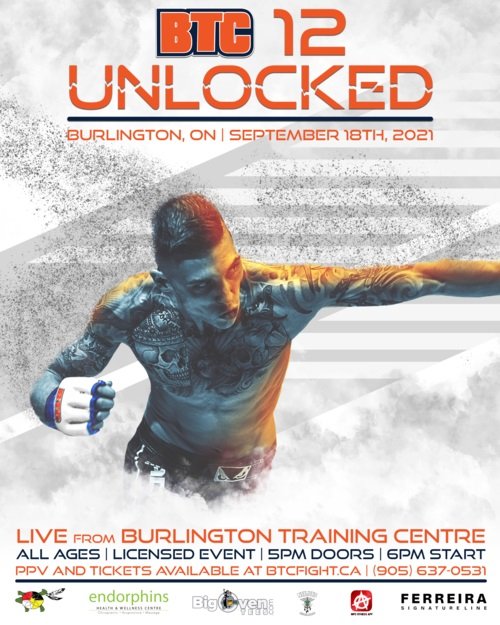