With fellow Cage Warriors star Paddy Pimblett having arrived in the UFC this past weekend, another big name from the U.K. promotion is about to follow suit.

Another BIG debut!@IanGarryMMA 🇮🇪 steps into the Octagon to face Jordan Williams at #UFC268 pic.twitter.com/mUrmMDPdhD

Garry signed with the Ultimate Fighting Championship back in July, and “The Future” will get a lot of attention this November. Along the way to capturing gold in his former organization, Garry finished five of seven opponents. Most recently, he earned a unanimous decision win over Jack Grant this past June, capturing the vacant title in the process.

Williams (9-5) appeared on DWCS three times before finally making it to the UFC. The inspiring fighter, who suffers from Type 1 diabetes, had been competing as a middleweight throughout his appearances on the show, and in his promotional debut, which he lost against Nassourdine Imavov. In his sophomore outing, he dropped to welterweight, only to be submitted by Mickey Gall.

“Bomaye” will be looking to right the ship this fall, and avoid the dreaded 0-3 to start his UFC run.

UFC 268 is set to take place at Madison Square Garden in New York, NY on November 6, 2021. The card currently boasts two title fights: in the co-main event, Rose Namajunas will defend the belt she won from Weili Zhang earlier this year, in an immediate rematch. The main event, meanwhile, sees another rematch go down when Kamaru Usman once again puts his welterweight title on the line against Colby Covington. 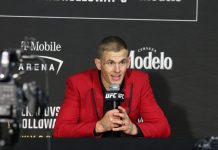 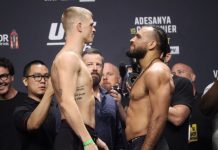