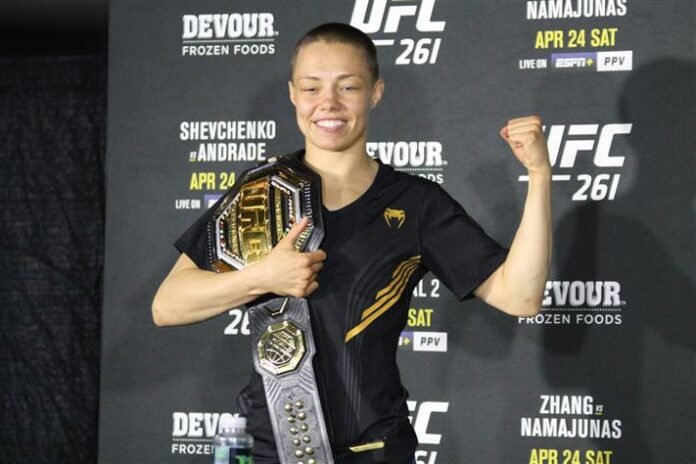 The UFC’s much anticipated return to New York will be the location of Rose Namajunas vs. Weili Zhang 2.

During Saturday’s UFC Vegas 35 broadcast, the promotion announced that the strawweight title fight rematch between champ Namajunas (10-4) and ex-champ Zhang (21-2) would serve as the co-main event of UFC 268. The card is expected to take place November 6 at Madison Square Garden in New York City.

Namajunas stunned Zhang in the pair’s first meeting back in April, knocking out the Chinese fighter with a head kick to reclaim gold. In the process, “Thug” Rose became the first female in UFC history to reclaim a title. Rose’s first run as champ had come to an end in 2019 against Jessica Andrade, a loss she avenged the following year.

Zhang, meanwhile, saw a 21-fight win streak snapped when Namajunas knocked her senseless at UFC 261. Having entered the UFC in 2018, Zhang quickly worked her way to a title shot against Andrade shortly after Namajunas had lost the title. Knocking Andrade out in less than a minute, Zhang would instantly become a sensation at home in China, and defended the title once, against Joanna Jedrzejczyk in March 2020 — a fight widely regarded as the best women’s fight of all time.

While consideration had been given to ex-champ Carla Esparza, who holds a win over Namajunas and who is on an impressive run of her own, the promotion is opting to run this one back. It’s hard to blame them. Namajunas vs. Zhang 2 joins a stacked card featuring Michael Chandler vs. Justin Gaethje, along with another big rematch in the main event. That headliner will see Kamaru Usman and Colby Covington face off for the second time, with welterweight gold on the line. 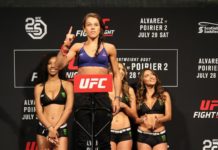