Aspen Ladd and Macy Chiasson will fight, after all. It will just take a little while longer.

The bantamweight duo were expected to be the co-headliner at UFC Vegas 32 last weekend. However, an injury to Chiasson forced the Ultimate Fighter 28 winner off the event, resulting in Ladd dropping off as well.

While the potential to rebook Ladd in the short term remained (and Ladd appeared very much open to it), per a new report, Ladd vs. Chiasson will instead feature on the UFC’s October 2 card. ESPN, the promotion’s official broadcaster, was first to report the news.

Chiasson (7-1) last competed in March, earning a unanimous decision victory against Marion Reneau. The TUF 28 winner revealed earlier this week that a stress fracture sustained in training forced her to withdraw from the original date against Ladd, after she aggravated the injury during Fight Week.

Ladd (9-1) has not competed since a December 2019 fight against Yanakunitskaya. Ladd won the bout via TKO.

The UFC’s October 2 event, expected to be a Fight Night card, is tentatively scheduled for the UFC Apex in Las Vegas, Nevada. The following fights have been reported for the event: 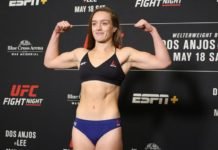 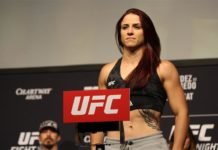