After all, the former UFC heavyweight and light heavyweight champ went toe-to-toe three times with Stipe Miocic, losing their rubber match prior to retiring.

He also faced Jon Jones twice, though that potential trilogy was never completed. Still, he’s keenly aware of what Dustin Poirier and Conor McGregor are going through ahead of UFC 264.

“The reality is, there are not many secrets left. Only small details will change what happened between fight one, two, to fight number three,” Cormier told media outlets Friday, in a media appearance following the UFC 264 official weigh-ins.

“But I know both of these guys [are] very nervous, on edge, and now the mindset is shifting to tomorrow night,” he continued.

Cormier does see one key problem for McGregor, his fellow former champ-champ.

“Here’s the issue. For what I feel like was the biggest issue for Conor, it feels like there should have been more time for him to go and address those leg kicks,” explained Cormier. The retired double champ added that “I know he has a great team. They will get him prepared. But the only reason that happens, Conor doesn’t generally fight southpaws. Not many of them are southpaws. So because Dustin is a southpaw, he can land those outside kicks. Generally, those kicks would be coming to the inside from a conventional fighter. Six months to learn to check and defend those low leg kicks seems fast.”

“If you’re not going to doubt anybody, though, it’s Conor McGregor,” Cormier finished.

Watch the full UFC 264 media appearance with Daniel Cormier above. 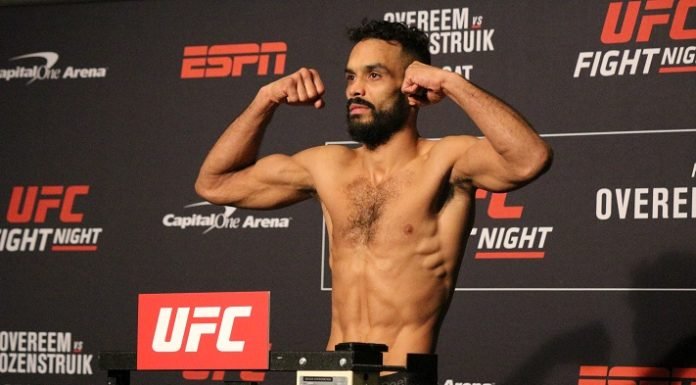