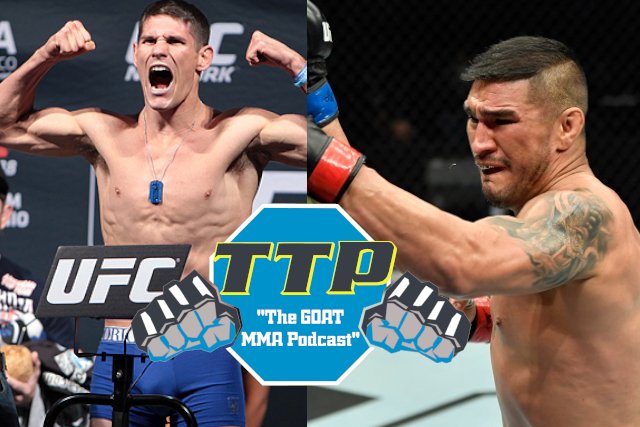 When your family is from Boston and you wind up a professional MMA fighter, there are good odds that family had something to do with it. Charles Rosa stops by the show to discuss the familial influences on him that led him down the MMA path and why he feels it helps him in the cage. Plus, he discusses watching his younger brother mature and fight himself. All that and an update on his current training situation and a breakdown of his fight this weekend at UFC Vegas 30 with Justin Jaynes

Gumby and Shockwave love to give you picks and you love money. So is there a good reason not to be listening to Fights, Dogs, and Parlays? (Short answer: no). So tune in against this week as the guys explain to you all the money that is to be made off of heavyweight underdogs. Is Cyril Gane ripe for the picking this weekend? One of our hosts may think so. Plus, they let you know how you can put a couple of favorites together and get a great return.

Hurricane Ike took over a decade to get to the UFC. When he did finally make it to the big show, he had to take a short notice fight at heavyweight rather than his preferred light heavyweight. Then a tough cut on his forehead in his second fight cut his opportunity short. But with resilience and the motivation of his daughter behind him, Ike was never going to throw in the towel then. He rebounded with his first win and a big KO. He describes that feeling to us as well as breaking down his fight this weekend with Marcin Prachnio.