On Wednesday, the all-female fighting promotion announced via press release that June 11 would be the date of their fourth single-night tournament. This time out, it’s the atomweight division in action, with a shot at reigning champion Alesha Zappitella on the line.

The card will air live on AXS TV in the U.S., Fight Network in Canada, as well as on the Invicta FC Youtube channel.

“The Phoenix Tournament is a unique set of challenges to our athletes,” said Invicta FC President Shannon Knapp in Wednesday’s release. “The rapid-fire pace of the one-round quarter- and semifinal matches is totally different to anything else in mixed martial arts. Having to peak not once, not twice but potentially three times against three different opponents is the kind of mental stress only a handful of fighters in MMA history have overcome.”

Eight atomweight athletes will compete in the tournament, and some should be rather recognizable to Invicta fans. The names included are: 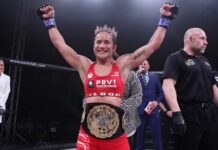 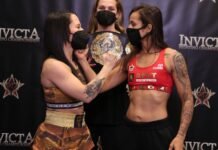