The last time we saw The Ultimate Fighter was in 2018 – almost three years ago. The coaches were Kelvin Gastelum and Robert Whittaker. The season saw eight heavyweights and eight women’s featherweights competing for a UFC contract. At the end of the season, we saw Juan Espino and Macy Chiasson crowned the Ultimate Fighter.

Then, a long hiatus. It looked for a time as if the show was gone for good. Now, however, The Ultimate Fighter is back for season 29 and it’s set to air on ESPN+ on June 1, 2021. The season will see eight bantamweights and eight middleweights competing to be crowned the Ultimate Fighter. To lead the fighters along the way will be featherweight champion Alexander Volkanovski and challenger Brian Ortega.

With sixteen total fighters competing, many of whom will be new to fans, we’ll be breaking down each fighter among the cast. First up, the bantamweights.

Given Argueta is the first fighter on this list, if even half the cast is as good as or better than him, we’re in for a hell of a season. After wrestling in high school Argueta, went on to wrestle Division II for the University of Wisconsin. Since his days as an amateur, Argueta has been training with Jackson-Wink MMA, and UFC featherweight Cub Swanson has been a main training partner for “The Determined.”

Argueta’s constant forward pressure, his wrestling, and jiu-jitsu is going to give a lot of guys problems. However, if he cannot impose his wrestling/grappling early he may have problems against a good striker. His head movement isn’t great and as the fight goes on he likely to be easier and easier to hit. Yet even though he does tire as the fight goes, Argueta never stops coming forward to make it an ugly fight at the very least. 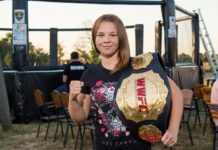 Scouting the Globe: The Five Best Prospects From Ukraine 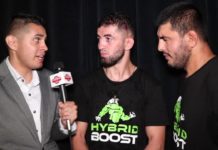