A very exciting UFC flyweight prospect has decided to retire from MMA.

The Corner & The Causal podcast captured the footage of Flick’s retirement speech at FCF 61.

“And I’ve found out I don’t want to be the next Conor McGregor or the next Demetrious Johnson. So I step in this cage tonight and telling everybody that I’m retiring from mixed martial arts. I’m gonna pursue the other goals in life that make me more happy than fighting ever did.”

“The Brick” leaves MMA with a 16-5 record. The announcement was surprising as he had his best year in 2020. He won the flyweight titles at FCF and LFA. He then would get the call to compete on Dana White’s Contender Series and would dominate Nate Smith to win a contract. Flick would then make his UFC debut on the last card of 2020 and be award Performance of the Night for his efforts, as he submitted Cody Durden with a flying triangle. Quite the year.

Flick was scheduled to make his second UFC appearance against Francisco Figueiredo on May 8, but it looks like that won’t happen after all. 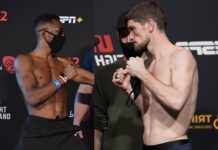 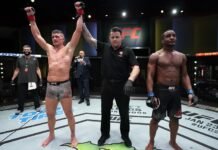 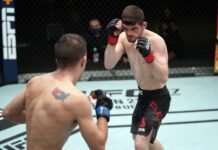