A pair of ranked UFC flyweights will continue their climb towards the top in June.

MMA Junkie was the first to report the news that No. 10 ranked flyweight Tim Elliot will fight No. 13 ranked Su Mudaerji at a UFC event on June 26. Elliot had previously confirmed he’d signed a bout agreement on social media.

Fresh off of his dominant win of Jordan Espinosa, Elliot (17-11-1) will get on a three-fight winning streak. The MMA vet was actually on a three-fight skid after losing to current champion Deiveson Figueiredo, Askar Askarov, and Brandon Royval. With his back against the wall, would fight and defeat Ryan Benoit at UFC on ESPN: Kattar vs. Ige on ‘Fight Island’ to end his 2020 and snap his skid.

Mudaerji (14-4) is on a winning streak of his own. Since his loss to UFC vet Louis Smolka in 2018, the Tibetan has defeated Andre Soukhamthath, Malcolm Gordon and Zarrukh Adashev. Madaerji’s move back to flyweight after a fight at bantamweight, against Gordon was tremendous. He got put into the rankings and earned a Performance of the Night for his 44 second knockout of Gordon. A potential win over Elliot would really announce his presence. 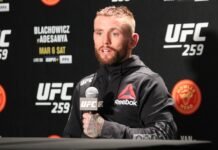 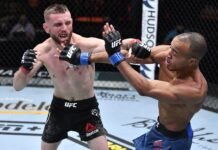 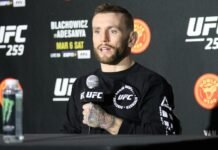