Heavyweights tooks center stage at ONE Championship’s Fists of Fury II card on Friday. A taped delayed event originally taking place in Kallang, Singapore, the big men featured in both the main and co-main events. Atop the card, Iranian wrestling standout Amir Aliakbari was up against Kang Ji Won.

For Aliakbari, after a false start last year that saw his opponent pull out of a planned December bout, it was his promotional debut. A world championship gold medal winner later stripped of his medal and banned for life for doping offenses, Aliakbari had previously competed for RIZIN, piling up wins over notable names like Valentin Moldavsky, Heath Herring, and Geronimo dos Santos. Outside RIZIN, under the ACB banner, he had also earned a win over former UFC heavyweight Daniel Omielanczuk.

The only loss on Aliakbari’s record came against heavyweight legend Mirko Cro-Cop, making his ONE debut one to keep an eye on. Korean Kang Ji Won, meanwhile, was far less experienced, but boasted a perfect 4-0 record.

ONE Championship: Fists of Fury II airs Friday, March 5. Results can be found above. A stream of the action is above, where available. 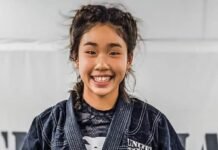 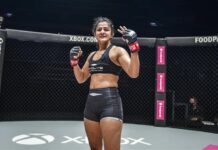