It’s always fun when veterans are matched up with their more youthful counterparts. Especially when they’re as talented as Leonardo Santos and Grant Dawson. Santos, 41, hasn’t lost a fight since May of 2009, tallying a 7-0-1 record in the UFC since winning The Ultimate Fighter: Brazil 2 welterweight tournament in 2013.

Dawson is also undefeated in the promotion. The 27-year-old Nebraska native has won seven straight fights, and is 4-0 in the UFC, recording wins over the likes of Julian Erosa and Darrick Minner. Dawson made his way to the promotion after defeating Adrian Diaz on Dana White’s Contender Series and earning a contract in 2017.

Unless this article curses the bout with a draw, someone’s undefeated UFC record will be no more, in what could end up being a Fight of the Night candidate. Pitting Santos’ grappling and striking with Dawson’s wrestling and submissions, along with their combined drive to go for the finish, makes Santos-Dawson a can’t miss matchup.

We’ll all be focused on whether or not Stipe Miocic and Alexander Volkanovski will be able to successfully defend their belts at UFC 260, but seeing what Tyron Woodley has left in the tank may be the most interesting storyline of the event.

The former welterweight title-holder has lost three straight fights. Yeah, those losses came to top-tier fighters in Kamaru Usman, Gilbert Burns, and Colby Covington, but it’s less about the losses themselves, and more about how timid and ineffective Woodley was in each of those bouts.

The road doesn’t get much easier at UFC 260, when he fights Vicente Luque. Luque, ranked tenth in the promotion’s 170-pound rankings, went 2-0 in 2020 following his loss to Stephen Thompson in November of 2019.

It’ll be interesting to see if Luque, who’s earned three Fight of the Night bonuses in his last six bouts, will be able to draw something out of Woodley. If he is, we could be in for an interesting match-up with crucial real estate just outside the welterweight title-picture up for grabs. If he isn’t, it could be another boring beatdown of a once great champ. Either way, we’re tuning in to see the next chapter of Woodley’s journey.

This piece, much like the promotion’s March calendar, is heavy on pay-per-view action. With cards like UFC 259 and UFC 260, it’s easy to see why. Despite the fact that they’re taking place just weeks apart, the promotion is putting five belts on the line. While that’s exciting, there’s plenty of other fun stuff taking place inside the Octagon outside of main events and title fights throughout the month of March. 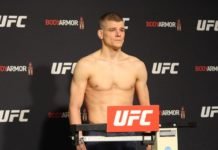 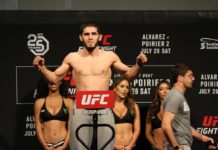 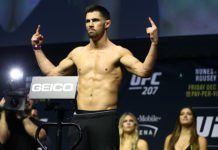