The “Thunder Kid” Lito Adiwang lived up to his nickname on Friday at ONE Championship’s Unbreakable. The first event for the Asian promotion in 2021, Adiwang (12-3) scored a knockout of Namiki Kawahara in the second round.

The victory saw Adiwang return to the win column after a setback in his previous bout with Hiroshi Minowa. The Minowa fight, which ended in a split decision, snapped a seven-fight win streak for the Filipino fighter, who trains out of Lakay Central Gym.

For those not familiar with Adiwang, he got his start with ONE on Rich Franklin’s Warrior series, and quickly made a name for himself with three consecutive wins there. After winning his first two bouts on ONE Championship’s flagship cards, he hit a roadblock against Minowa. But back in the win column, that’s a fight many would like to see run back.

“It’s up to ONE,” Adiwang said during a post-fight press interview attended by Cageside Press and other media outlets on Friday. “We’ve got a lot of good talents in my division, so if Minowa doesn’t want to dance again with me, then I’m ready to accept any higher caliber and better challenges.”

Either way, Adiwang plans to continue showing improvement each and every time out. At Unbreakable in Singapore on Friday, much was made of his technical approach, mixed with explosiveness. Fighting a more technical fight was something that the strawweight out of The Philippines was vocal about prior to the event.

“In the future fights I plan to continue that — be relaxed, but explosive and dangerous,” said Adiwang. “Just go there and don’t over-expode, don’t rush and everything.”

“I’m starting to improve, I’m trying to improve every time I enter the cage,” he continued. “That’s one of the things I improved tonight, I think I showed it already. I went in there relaxed and calm, but technically, I tried to finish him.”

Watch the full ONE Championship: Unbreakable post-fight interview with Lito Adiwang above. 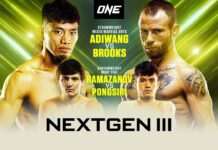 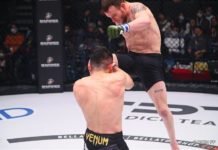 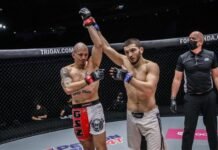