Proxima (owned by Triller) and Snoop Dogg have announced the launch of a new boxing league dubbed “The Fight Club” following the success of Tyson vs Jones.

On the heels of the highly successful Tyson vs Jones pay-per-view event on Saturday, Triller and platinum selling recording-artist Snoop Dogg have announced “The Fight Club” boxing league.  A press release announced that the league, whose event on Saturday was their first, would continue to hold events featuring stars from social media, professional sports, and music artists.

“The epic event was one of the most-watched fights of all time, garnering hundreds of millions of views across the globe. The series will be a trailblazer in connecting celebrities from various backgrounds, from breakout social media stars and professional athletes renowned for their athletic abilities to celebrated musicians and well-known actors and other stars willing to tackle a new venture and enter the world of boxing, as well as pro boxers making their way up. “The Fight Club” will feature a never-before-seen production quality and element, as showcased this weekend in the Tyson Jones event.”

Saturday’s event, that has reportedly done over a million pay-per-view buys, stood out amongst traditional combat sports events in that the broadcast heavily featured lengthy musical acts in-between matches and had an eclectic broadcast team.  While unconventional, the musical acts were praised for both the performances and production values that made for a unique event.

The release went on to say that events like Saturday’s were expected be the norm, stating:

“Inspired by the wild success of Saturday night’s event, “The Fight Club” fights will follow professional boxing rules and feature various sources of entertainment. With award-winning musical artists taking the stage to deliver show-stopping performances, as well as celebrity guests and commentators, the events will continue to be of the highest-caliber production.”

Mike Tyson frequently spoke in the lead-up to the event that while his future inside the ring in the league may be short-lived, the purpose was to give athletes past their prime a platform to continue performing for a fan base that still wished to see them display their skills.  Following the success on Saturday, there has already been talk of future potential bouts such as a fight between Tyson and former foe Evander Holyfield or a boxing bout with former UFC champion Anderson Silva and Roy Jones Jr.

Ryan Kavanaugh, the Principal of Proxima (the company that produced Saturday’s event and is owned by Triller) and the co-founder of the “The Fight Club” said:

“Up until this weekend, boxing was about the experience of one small group of elite individuals who attended the fight in person. What we wanted to create with the Tyson vs. Jones event was an experience for all of the viewers at home, combining the highest-end production and lighting and a production quality never before brought to a fight. Today marks a paradigm shift as Triller and Proxima’s ‘The Fight Club’ dedicates itself to delivering top-notch immersive experiences in the comfort of your home.”

Currently, there have been no further events announced from the company. 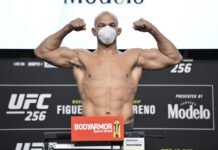 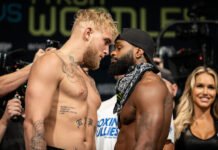