UFC Senior Vice President of Government and Regulatory Affairs, Marc Ratner, will be joining the UFC Hall of Fame class of 2020 as a Contributor.

The longtime UFC exec was instrumental in securing the legalization of MMA in multiple states and countries over the years. Including in the push to have the sport made legal in New York.

Ratner’s induction into the UFC Hall of Fame was announced during Saturday’s UFC 255 Pay-per-View broadcast. In a subsequent press release, promotion officials confirmed that the 2020 class would be inducted next year, alongside the Class of 2021.

“Marc Ratner is the most influential and respected regulator in combat sports history,” UFC President Dana White was quoted as saying in Saturday’s press release. “Marc was instrumental in getting the sport of mixed martial arts sanctioned and regulated globally and the tireless work he did educating athletic commissions about MMA paved the way for us to host events around the world. It will be an honor for me to induct him into the UFC Hall of Fame Class of 2020.”

Prior to his entry into the world of combat sports, Ratner was Commissioner of Officials for all high schools in Southern Nevada for more than 25 years. He also served as an NCAA Division I football official for over 20 years. Ratner is also a former Nevada State Athletic Commission Inspector, and a member of the World Boxing Hall of Fame.

When Ratner joined the UFC in 2006, the sport of MMA was legal in 22 states. Today, it is legal in all 50. It has also been legalized in Canada, Mexico, Western Australia, and other territories, all thanks at least in part to Ratner’s campaigning on behalf of the sport and promotion. A fixture at UFC weigh-ins, Ratner leads UFC’s self-regulated operations in countries without formal commissions. 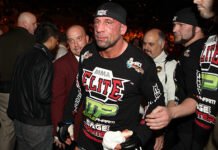 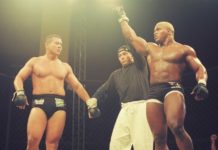