For years the knock on the lighter weight divisions was that there was plenty of fast-paced action with a high volume of strikes, but that there weren’t any finishers. But the current UFC flyweight champion, Devison Figueiredo, has completely abolished that notion and made a name for himself in the process.

On the heels of dispatching of Joseph Benavidez devastatingly twice in a row, Figueiredo enters the first fight of his UFC career where he will be considered the A-side. That comes at UFC 255, where the Brazilian defends his belt for the first time in the main event.

The bout was originally expected to feature a former bantamweight champ making the move to 125lbs. But with Cody Garbrandt injured, Alex Perez steps in instead.

While it’s disappointing that Garbrant had to pull out of the flyweight title fight against Figueiredo, it’s always nice to see a lesser-known fighter gifted with the opportunity of a lifetime. The lucky man this time around is Perez, though it’s hard to call anyone getting locked into a cage with Figueiredo lucky.

Check out the video above for our full UFC 255 main event preview. 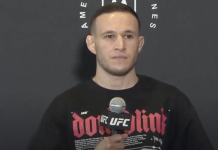 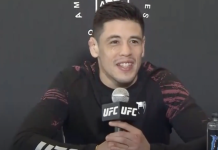