Harrison is a very accomplished grappler who won the gold medal in judo at the 2012 and 2016 Olympics and gold at the 2011 and 2015 Pan-American Games. The judo practitioner also holds a black belt in judo and has won two national championships. Harrison has been dominant thus far in her MMA career. Her wrestling has been solid and once on top, she’s a nightmare. She has three submission wins but it’s her constant ground and pound which is super impressive. She fights Courtney King (4-1) in her first cut to featherweight.

Browne’s sole loss is to John Gunther, and while that looks not so good in hindsight, he does have a few good wins. He’s beat opponents like Sidney Outlaw, Ben Egli, Troy Lamson, and Trey Ogden who are all good fighters. Browne doesn’t have much to offer on the feet but strikes well to close the distance to wrestle. He’s a strong grappler being a big submission threat with five submission wins. Especially taking the back and finishing with the RNC is what he’s best at. He fights Arthur Estrázulas (12-4) who is a good test.

Pereira is a decorated kickboxer as he’s one of the best in the world today. His kickboxing record is 41-6 with 30 KO/TKOs. Some of his accomplishments including becoming the Glory Middleweight Champion, WGP Kickboxing Champion, and the WAKO World Champion. Pereira is best known to the MMA community for beating UFC middleweight champion Israel Adesanya twice (once by knockout). This is his first MMA fight since 2016 but all eyes are on him. He fights Thomas Powell (4-4).

Ricci is a judo black belt and a training partner of UFC’s Mackenzie Dern. On the feet, Ricci is a buzzzaw in blitzes dishing out a lot of output. She strikes well to close the distance and once she get’s the takedown she’s where she wants to be. Ricci has strong jiu-jitsu being her best weapon. You cant complain with anything she does grappling as she is so good. Ricci fights Flore Hani (2-1).

Espinoza is only 3-0 but is someone that’s caught my eye. Espinoza is a strong wrestler who has manhandled guys lifting and slamming they down to the mat. He is a grinder on top who is heavy with position and will take anything his opponents give him. On the feet, I want to see him move his head more but he’s held his own. He has good hands that are improving. He fights Gabriel Mendez (0-0).

Asakura is a top prospect out of Toyohashi, Aichi, Japan who has won his last nine fights. Asakura is an exciting prospect who has steamrolled all but one of his opponents. Asakura is a very adept grappler who has some proficient judo/wrestling, along with exceptional jiu-jitsu. Having said that, on the feet is where Asakura is most dangerous. Holding huge knockout power, you could describe Asakura as having dynamite in his hands. He uses that innate power with good set-up techniques, including counters and feints. He is a sniper with explosiveness. He fights Yutaka Saito (18-4-2).

Tatsuki Saomoto has been tearing apart a number of promotions in Japan.  He’s fought and beaten some pretty good, experienced fighters. Meanwhile, Saomoto himself is only 24-years-old. On the feet, he’s really good at moving in and out with strikes and stepping out of the pocket throwing slick combinations. Saomoto excels on the mat with fun grappling scrambles he’s able to hit. He’s always looking to better his position and land good ground and pound. Overall, Saomoto is a good talent and a fun prospect to watch for. He fights Daichi Kitakata (20-9-1).

I’m not fully sold on Oleg Popov as it seems he could easily make 205. Popov is a wrestler who looks to have at least some decent power in his hands. He’s an aggressive guy constantly shooting and with his lack of size he makes up for it for his strength. Not entirely someone who will blow you away on the mat but he has some heavy top control. He fights Sergey Alekseevich (7-4).

In all likelihood the best prospect out of Chile, Torres holds an impressive undefeated record. The competition Torres has beaten hasn’t been great but he’s disposed of his opponents the way he should. Torres is always bringing forward pressure as he looks to force his way into the clinch. His wrestling needs some work but he does a good job at utilizing trips in the clinch. On the mat is where Torres wants it, where he is dominant. He has very technical grappling where he makes all the right moves and his BJJ IQ is perfect at only 25-years-old. He fights Gaston Gomez Manzur (10-6).

Puerta has had a lot of speed bumps in his career but has now hit his stride and is on a eight -fight win streak, the biggest of his career. On the feet, Puerta uses his range well with jabs and knees. He’s much better on the mat, though, using his length. Puerta is a big submission threat with nearly all his fights going that way. He shows how dangerous he is on the mat with his versatile submission attack holding five different submission wins. He fights Franklin Mireles (2-5). 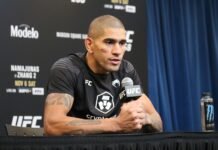 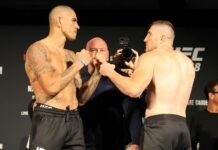