A pair of debuting bantamweights collided on the preliminary portion of UFC Vegas 12. Adrian Yanez had won his way into the UFC on Dana White’s Contender Series earlier this year. Achieving the dream of every upstart MMA fighter, Yanez was booked opposite Aaron Phillips for his octagon debut. Phillips, however, was forced off the card, necessitating a short-notice replacement in the form of Alaska FC champ Victor Rodriguez.

Rodriguez opted to shoot early as this battle of octagon newcomers got underway. He couldn’t complete the takedown, however, with Yanez breaking out of the clinch. Both men were lightning quick; Yanez, however, was quicker to the punch, landing a right, then again, splitting the guard. Rodriguez wound up briefly dropped, popped back up, and almost wound up kicked in the face. A head kick then connected for Yanez, and Victor Rodriguez hit the floor! A walk-off KO for Contender Series alum Adrian Yanez, who arrives in the UFC in style.

WELCOME TO THE BIG TIME, YOUNG MAN 👏 Yanez lives up to the hype with a stunning head kick!

[ #UFCVegas12 – Only on #ESPNPlus ] pic.twitter.com/bFECYeimHt

A little head kick horror for Halloween night. That should set Yanez up for something fun moving forward. The UFC’s bantamweight division continues to be one of its best. 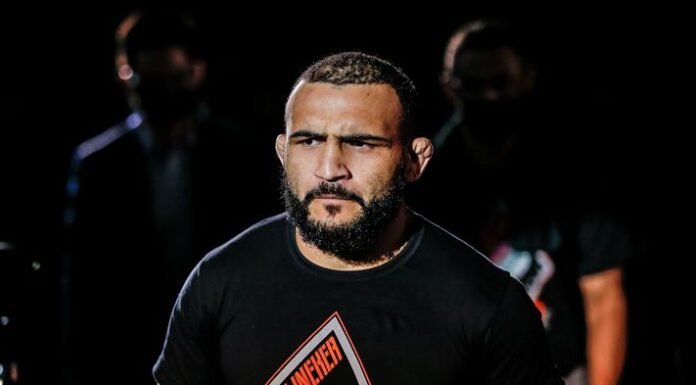