Light heavyweight gold will be on the line in the co-main event of KSW 56.

On Wednesday, the Polish promotion announced via press release that 205lb champ Tomas Narkun (17-3) would defend his title against undefeated Croatian fighter Ivan Erslan (9-0, 1NC) at the event. MMA Fighting had previously reported the pairing.

The 30-year old Narkun has held the promotion’s light heavyweight title since 2015, and defended it five times. Among his wins are notable victories over Goran Reljic, Sokoudjou, Przemysław Mysiala, and back-to-back wins over Mamed Khalidov. Narkun’s only loss since 2015 came up a weight class, when he attempted to become a double champ by challenging Phil De Fries for KSW’s heavyweight belt.

Erslan, meanwhile, is the most recent Croatian fighter looking to make it big in KSW. A member of ATT Zagreb, he made his promotional debut at KSW 51 last year, defeating Darwin Rodriguez by knockout. Six of Ivan Erslan’s nine professional victories have come via stoppage.

KSW 56 is expected to take place on Saturday, November 14 in Lodz, Poland. The card’s main event is set to feature welterweight champion Roberto Soldic moving up a division to take on veteran Michal Materla in a non-title middleweight bout. The event will stream live on KSW TV. More fights are expected to be announced in the coming weeks. 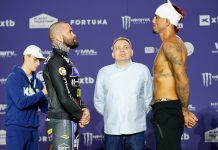 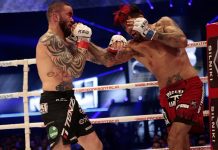