The Professional Fighters League, with its unique season-based, tournament-style format in MMA, has announced its 2021 regular season schedule. Once again airing on ESPN (specifically ESPN 2, ESPN+, and ESPN Deportes), the PFL will return to action on April 23, 2021, with additional dates on April 29, May 6, June 10, 17, and 25.

The bulk of those dates are Thursdays, with a couple of Friday night shows in the mix.

“We’re thrilled to announce an early start date for the 2021 PFL Season and we look forward to building on the positive momentum experienced in a historic first season on ESPN,” said PFL CEO, Peter Murray, in a press release distributed to media outlets on Tuesday.

The PFL’s 2021 season will be its third overall. The promotion awards one million dollars USD to the winner in each of its six weight classes. Standouts from last season expected to return are lightweights Natan Schulte and Kayla Harris, and welterweight Ray Cooper III. Joining the promotion this coming season will be a couple of high-profile Canadians in Olivier-Aubin Mercier, and former Bellator welterweight champ Rory MacDonald.

Locations for the PFL’s regular season events announced Tuesday were not provided. In past seasons, the promotion has visited Long Island, NY and Atlantic City, NJ. However, the coronavirus pandemic and where it stands several months from now may yet play a role in how things look when the PFL returns to television screens.

The Professional Fighters League’s entire 2020 season was wiped out as a result of the pandemic.

Update: A report by NBC Las Vegas has suggested that all events will take place at either Caesars Palace or the Rio in Las Vegas, Nevada. 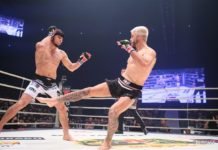 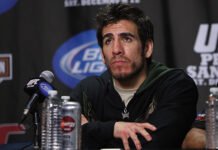