A change-up to the UFC’s Halloween card will give Kevin Holland a chance to compete for the fourth time this year.

On Sunday, Krzysztof Jotko announced that he was out of his middleweight bout against Makhmud Muradov on October 31. The card is expected to take place at the UFC Apex in Las Vegas, Nevada.

Sources subsequently confirmed to Cageside Press that Holland (19-5) will be the man stepping in to take Jotko’s place.

While a calamity globally, professionally, 2020 has been very good for Holland. Three fights, and three wins, have seen his stock soar this year. Most recently, Holland picked up a win over Darren Stewart at UFC Vegas 11 in September. Prior to that, he defeated Joaquin Buckley, who recently became a viral sensation.

Taking short-notice fights is nothing new for Holland, who has done so on several occasions — including in his memorable octagon debut against Thiago Santos. Overall, the “Trail Blazer” is 6-2 inside the octagon.

Muradov (24-6) shot to fame as the first fighter represented by Floyd Mayweather’s “The Money Team.” He’s currently on a 13-fight win streak, most recently having defeated Trevor “Hot Sauce” Smith.

In a post to social media, Jotko apologized to Muradov for pulling out of the fight. “Unfortunately, my next fight against Makhmud won’t happen. This camp wasn’t easy from the start. Few days ago at sparrings I broke my toe, so there is no way to fight,” he wrote. “So sorry [Makhmud Muradov] that I’m out from the fight with 2 weeks notice. Hope to see you soon in the octagon!”

The UFC’s October 31 card, UFC Vegas 12, is headlined by Anderson Silva taking on Uriah Hall in what could very well be the final fight for “The Spider.” 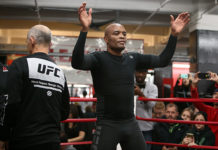 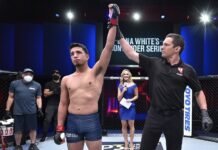 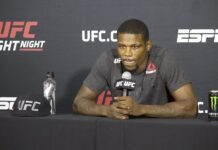