Week seven of this year’s Dana White’s Contender Series was definitely one to keep an eye on. And although there were plenty of reasons, one above all else stood out: a women’s featherweight fight, featuring Team USA boxing champ Danyelle Wolf, making the jump to MMA for the first time.

Taking on the undefeated Taneisha Tennant, Wolf was in the first MMA fight of her career, after 16 women declined to fight her following her decision to transition to the sport. An 0-0 fighter appearing on the show is unprecedented, but fans always love a boxing vs. MMA rivalry, so if for no other reason, the fight would be one to tune in for.

There were plenty of other reasons to watch, however. Jordan Williams was getting his third look on the show, taking on Black House MMA’s Gregory Rodrigues, a dangerous black belt in BJJ. Michael Lombardo was getting a second chance, opposite Korey Kuppe. And Dinis Paiva, who nearly left the sport early in his career after a rough start as a pro, was paired up with Kyle Driscoll.

As always, DWCS kicks off at 8PM ET, live on ESPN+ (in the U.S.) and UFC Fight Pass. Check back for updates throughout the evening.

Opening up the DWCS card on Tuesday, Dinis Paiva flashed his right hand, resulting in a brief knockdown of Kyle Driscoll. However, Driscoll immediately recovered, pursued a takedown, and while Paiva showed some impressive defense, it led to a lot of control time for Discoll, likely winning him the round. The second round saw Driscoll get his hands working as well, although a low blow stalled the action briefly. In the third, Paiva had his opponent backing up, but ate a punch that wobbled him, resulting in a brief takedown. But it was Paiva knocking down Driscoll again later in the round, a much more emphatic blow that in the opening frame.

Paiva soon had Driscoll down, in half guard, but that was giving Driscoll time to recover. In the final minute, it was Driscoll with the sweep, taking the back. Paiva would reclaim top position, Driscoll would scramble to the back, and the bell would sound.

In the second fight of the night, Boxer Danyelle Wolf not surprisingly got off to a good start with her hands in the opening round. She no doubt won that frame, but in the second, found herself in a bit of a brawl with Taneisha Tennant in the final minute or so. That likely stole the round for Tennant. In the third, a nasty eye poke by Wolf halted the action (Tennant had landed a poke of her own in the second). Once action resumed, Wolf, who had shown decent takedown defense, pulled guard for a tight guillotine attempt. She showed impressive strength, but Tennant would eventually pull free. The submission attempt likely won Wolf the round, however, with all three judges awarding her the fight.

Michael Lombardo and Korey Kuppe was something of a David vs. Goliath battle, given Kuppe’s towering height. But Lombardo got him down relatively early, only for Kuppe to put him in danger late in the round. Lombardo tried a similar approach in the second, and again in the third. A lot of elbows from the top, but they went the distance, and the pair were still heated after the final bell.

Muhammad Naimov vs. Collin Anglin was an all out war, with both men having their moments in the fight. By the third round, Anglin had the edge, rocking Naimov. Naimov shot for a takedown out of desperation, but couldn’t keep the fight down. This really was a slobberknocker, with the pair trading shot for shot by the end. Uppercuts, spinning back fists, standing elbows. A standing ovation from Dana White at the end of the fight bode well for the winner.

The final fight of the night was the first finish of the night. After a war between Anglin and Naimov, Williams vs. Rodrigues was more of a mercing. Williams trapped the BJJ ace against the cage, pressed forward and unloaded with a barrage of strikes, dropping Rodrigues and bringing about the finish. 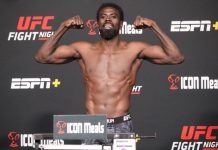 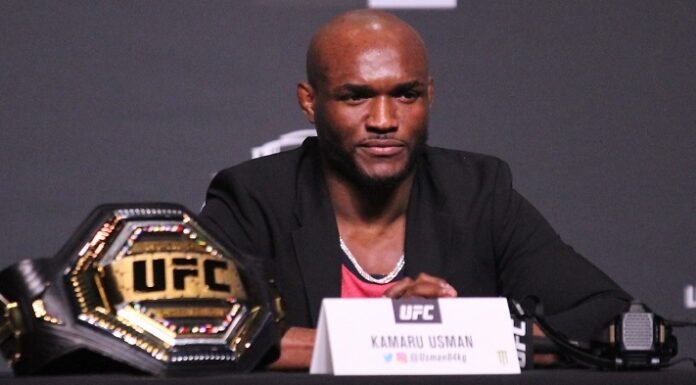