Week five of Dana White’s Contender Series 2020 sees the undefeated Cody Brundage, a Light’s Out light heavyweight champ, take on William Knight, who was a Contender Series 2019 developmental deal winner. Meanwhile at lightweight, Tucker Lutz got a short-notice replacement when Chase Gibson stepped in to take over for Victor Martinez. How do we see these DWCS match-ups, and the rest of week five, going down?

Let’s get right to it.

This fight could look like the Knight/Alacabek fight in 2019 on the Contender Series. Alacabek was winning early but gassed out and Knight took over and finished the fight. I’m not positive how deep the gas tank is on Brundage but of the little footage I’ve seen he does slow as the fight goes on.

Knight meanwhile is pretty durable, having only been finished once early in a fight, and I’m not sure Brundage has the ability to finish him. I do think Brundage is the more well-rounded fighter but it depends on how his cardio fares. The pick is going to be Brundage because I think he has the advantage on the feet and if he gets the takedown I believe he has the ability to finish. Not a confident pick at all, admittedly. 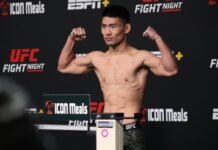 UFC Vegas 50: Four Performance of the Night Bonuses, None for Dober 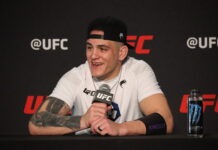 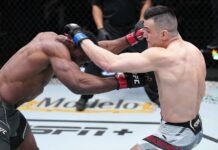