Making their return to action on Friday was ONE Championship, whose No Surrender card marked their first proper event since February. Hosted in Bangkok, Thailand, it was a hybrid event featuring both MMA and Muay Thai, with a pair of Muay Thai title fights (featherweight and flyweight) topping the card.

On the MMA side of things, it was Stamp Fairtex (Nong Stamp) making her return to action. A multi-sport champ, she extended her perfect record in MMA to 5-0 with a TKO of Sunisa Srisen. Four of those five wins in MMA from Fairtex have come via stoppage, and despite her Muay Thai roots, she does have a submission to her name.

She no doubt has her eye on champ Angela Lee moving forward.

Full results and a gallery of highlights from Friday’s card, which aired live on the ONE app and on Youtube for international viewers, can be found below. 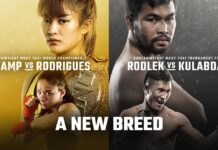 ONE Championship: A New Breed Live Stream and Results 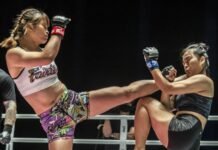 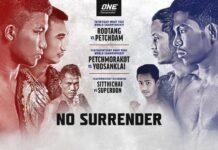