Former Bellator MMA fighter Steve Garcia will return to the UFC octagon on August 8. When he does, he’ll take on a debuting fighter coming in off Dana White’s Contender Series: Peter Barrett.

MMA Junkie was first to report the pairing on Friday.

Garcia (11-4), a 28-year old from New Mexico, made his promotional debut against Luis “Violent Bob Ross” Pena earlier this year at UFC Norfolk. The short-notice lightweight bout did not go his way, ending in a unanimous decision loss for Garcia. That snapped a four-fight win streak, including a Contender Series performance for which Garcia missed weight.

The weight flub briefly cost him his spot in the promotion, but a victory at LFA 80 saw him invited back. Garcia also competed for Bellator, from 2013-2017, going up against the likes of Joe Warren and Shawn Bunch.

Barrett (11-3) fought nearly his entire career for Cage Titans, with the exception of a lone CES MMA bout, prior to appearing on the Contender Series. Defeating Sang Hoon Yoo on the show in August 2019 punched him his ticket to the big show. Barrett had been expected to make his octagon debut in April at UFC Lincoln, in a scheduled bout with Danny Henry. The coronavirus pandemic had other ideas, and the event was cancelled.

The UFC’s August 8 date does not have an official event name or numbering but is expected to take place in Las Vegas, NV. 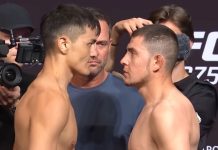 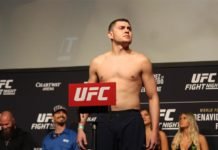