The bookings are rolling on in for Dana White’s Contender Series Season 4. The show is back for its latest installment from August to September — with the first event going down on August 4. With fights just now starting to be made sources confirm to Cageside Press that Jose Johnson will take on Ronnie Lawrence. The fight is set to happen on September 1.

Jose Johnson is an exciting bantamweight prospect currently on a five-fight win streak. Johnson lives in Oak Harbor, Washington, and trains out of a small camp in StrKings. He’s the former WXC Bantamweight Champion and last fight he made his debut for LFA. Johnson is known as a highlight-reel finisher.

Johnson, being only 24, has an amazing amount of experience. Not only is he 11-5 as a pro but he has an extensive amateur career going 68-12. At a point in his pro career, Jose was 5-4 but since late 2018 he’s looked much improved.

Across from Johnson will be Ronnie “The Heat” Lawrence.  A bantamweight training out of Nashville, Tennessee, he’s currently on a two-fight win streak with his last win at LFA 67 in May of last year. His only loss is to UFC fighter Steve Garcia. Lawrence is the former Valor Fights bantamweight titleholder.

Lawrence is currently 5-1 and is coming off more than a year layoff. He’s been in the sport for nearly ten years dating back to when he started his amateur career in August of 2010. He hasn’t had that one notable win yet in his career but if that was to happen here, he may be walking out with a UFC contract. 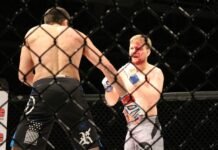 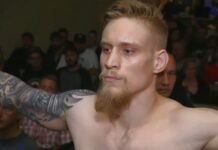 DWCS: Mariusz Ksiazkiewicz Aims To Be Next Canadian To Win A UFC Contract