Just days after a first round stoppage victory, Julia Avila has scheduled her next fight as she is expected to face former champion Nicco Montaño on August 8 in the United States.

First reported by MMAFighting and later corroborated by Julia Avila on social media, “The Raging Panda” is already scheduling her next fight. That’s just days after her second UFC appearance as she is targeting a return against former champion Nicco Montaño on August 8 in the United States.

Only two fights into her UFC career, Avila (8-1) already has the stamp of approval from UFC President Dana White.  Avila started her career primarily on the regional circuit in her home state of Oklahoma and quickly put together a 5-1 record that garnered the attention of the UFC.  She made her debut last year against Pannie Kianzad where she won by unanimous decision.  This year, a fight with Karol Rosa was booked and cancelled four times due to various circumstances before the UFC moved on to book Avila against Gina Mazany last week, where she impressed with a first round stoppage.  Speaking about Avila after the fight, Whie said “She had an incredible performance.  She looked good.  What I told her was: Listen, if you feel good, if you feel okay… let’s turn you right around and fight again.  I love when kids look like that and turn right around.  Her, ‘Suga’ Sean O’Malley, these kids that are on fire and have records like that.”

Nicco Montaño (4-3) is looking to rebuild following an unsuccessful return to action last year.  Montaño rose to prominence in 2017 on season 26 of The Ultimate Fighter where she upset several established veterans en route to winning the inaugural women’s flyweight championship in the UFC.  After several months inactivity due to health reasons, Montaño was stripped of the title nine months later.  Montaño returned to action last July after a nearly two year hiatus where she lost by unanimous decision to Julianna Peña.  The former champion was previously scheduled to face Macy Chiasson in February but was forced to withdraw due to injury.

Avila previously defeated Montaño in January of 2017 for the bantamweight title in HD MMA in Oklahoma.  The bout was only the third professional fight of Avila’s career and was Montaño’s last prior to going on The Ultimate Fighter.

At this time no location has been determined as the UFC hopes to return to a larger venue with fans should the opportunity present itself.  However, it is widely expected that the August 8 event will take place at the UFC Apex.  The card is scheduled to be headlined by a heavyweight bout between Derrick Lewis and Alexey Oleinik. 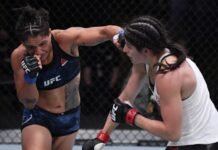 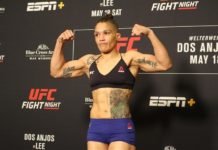 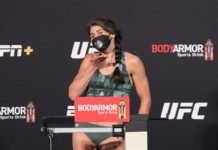