It appears that ‘JoJo’ will have to wait a little longer for her shot at UFC gold. Speaking to MMA Fighting’s Eurobash podcast recently, upcoming women’s flyweight title challenger Joanne Calderwood has revealed that her UFC 251 fight against Valentina Shevchenko has been pushed back.

“We got word last week that it’s going to get pushed back,” she told the show. Only, somewhat surprisingly, it’s not the coronavirus pandemic that is holding up the fight, originally scheduled to take place in Perth, Australia on June 6.

“Not because of this whole thing, but something on her end. I’m not sure if I’m supposed to say that, but we know for sure that it’s not going to be on June 6,” Calderwood let slip. “I don’t know, I’m not sure what happened or what’s what, but it’s been pushed back. It could be a blessing in disguise.”

It would certainly seem that way. Much of the world remains on lockdown in light of the growing pandemic, with June still being a question mark when it comes to returning to any semblance of normalcy.

A subsequent report by MMA Junkie confirmed Calderwood’s statements, noting that Shevchenko had an undisclosed injury. While no new date has been confirmed, the fight is likely to take place in July or August. 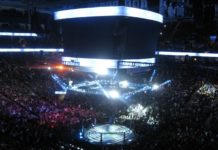 UFC 251 in Perth, Australia Pulled Due to Coronavirus Pandemic 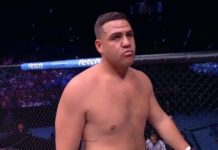