The UFC has stepped up to help promote Nevada Reading Week.

The pair also took the time to help explain to students exactly what the UFC is. “Sports. The octagon. You fight, there’s a winner and a loser, and it’s really a fun sport actually,” said Griffin, who explained to students that he had both won and lost fights. But won more than he lost, of course.

Nevada Reading Week was first established in 1987 by the Nevada Department of Education. The week is used to celebrate reading with the help of educators, librarians, and private corporations. It generally runs through the final week of February and coincides with the birthday of Dr. Seuss on March 2, though dates may differ slightly depending on year.

UFC 248 goes down this weekend in Nevada, once again unfolding at the T-Mobile Arena in Las Vegas. The card is headlined by Israel Adesanya putting his middleweight title on the line opposite Yoel Romero. 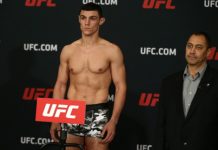 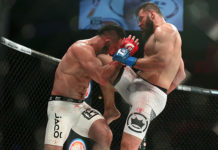 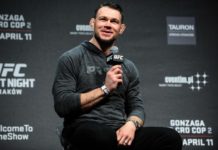