Bellator continues to spread expand its talent pool with another signing of a top European talent on Friday. A Bellator representative has confirmed with Cageside Press that they have signed the highly touted Russian bantamweight, Nikita Mikhailov, to a long-term contract.

They did not disclose at the time the details of the contract nor when he is expected to make his debut with the promotion.

Despite being only 21-years-old, the European fighter is viewed as someone well ahead of his years. He is a former Russian Wushu-Sanda Cup champion.

Since turning professional back in 2015, Mikhailov has amassed an impressive 8-1 record. The lone blemish on his career came back in July 2017 when he was submitted via triangle choke by Alexander Podlesniy. Since the defeat, the Fights Night Global veteran has rattled off three straight victories.

Mikhailov last competed back in April of last year when he defeated the previously undefeated and also highly regard Russian prospect Mukhamed Eminov by majority decision. Mikhailov was set to return to action twice since his last appearance but had to be removed from the scheduled bouts due to a string of injuries.

Mikhailov is expected to compete in the bantamweight division which is in a bit of a standstill. The promotion currently doesn’t have a titleholder with the previous champion, Kyoji Horiguchi, vacating the belt after suffering an injury that is expected to sideline him for an extended length of time. 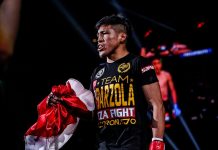 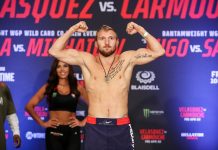