With their original dance partners falling to injury, Nik Lentz and Arnold Allen have been matched up at UFC Raleigh.

Arnold Allen was expected to fight Josh Emmett at UFC Raleigh later this month. Nik Lentz, meanwhile, was expected to face Nad Narimani. Circumstance, mainly injury, however, left both featherweights without an opponent. And with that in mind, the UFC has opted to take the obvious option, and book them against each other.

UFC officials revealed the news Tuesday, with the official card updated to reflect the switch.

Lentz (30-10-2, 1NC), a longtime UFC veteran, will be looking to rebound from a loss to Charles Oliveira in the fight. Prior to that he had won two straight, against Scott ‘Hot Sauce’ Holtzman and Gray Maynard.

Allen (15-1) has yet to taste defeat in the UFC. He enters the bout on an eight-fight win streak, with six of those victories coming inside the octagon. The British fighter, who trains with Canada’s TriStar gym, is coming off a win over former Strikeforce champion Gilbert Melendez.

With the pairing of Lentz and Allen, the UFC Raleigh card now includes the following bouts: 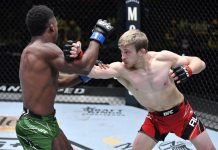 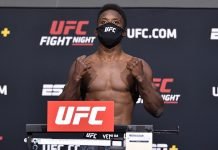