Light heavyweights Paul Craig and Ryan Spann will throw down at UFC London this March.

The UFC London Fight Night card has picked up Ryan Spann, who will face off with Scotland’s Paul Craig at the event this March. UFC officials announced the pairing on social media Thursday. It’s a change of scenery for Spann, who had been expected to face Ovince St. Preux at UFC 247 in Houston a month earlier.

The OSP fight, however, was scratched without explanation. Instead, Spann (17-5), a 28-year old from Memphis who is undefeated in the UFC, will face fellow light heavyweight Craig (12-4-1). Spann will enter the fight having won seven straight overall, including victories over Devin Clark, Little Nog, and Alex Nicholson (the latter outside the UFC). In fact, Spann has not lost since a 2017 defeat suffered on Dana White’s Contender Series.

Craig, meanwhile, will head into the London card hoping to find a more definitive outcome than his last bout. Heading to Brazil against Shogun Rua, Craig escaped with a draw against the Pride legend and former UFC light heavyweight champion.

UFC London is set to take place March 21, 2020 at the O2 Arena in London, England. No main event has been announced for the card thus far. 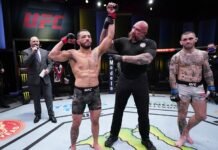 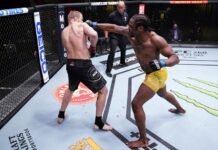