Former Bellator MMA lightweight champion Brent Primus will return to action in February. At Bellator Dublin, Primus (9-1) will face off against Ireland’s own Peter Queally (12-5-1) in the co-main event. MMA Fighting was first to report the news Wednesday.

Queally, a former BAMMA champion, had a rude welcome to the Bellator cage in February 2019, losing to Myles Price. However, he bounced back nicely against Ryan Scope in September, setting him up for a bout with one of the bigger names in the 155lb division.

Enter Brent Primus. The former champ has had an interesting go in the promotion, defeating Michael Chandler for the belt thanks to a leg injury suffered by Chandler early in their June 2017 fight. Primus then dropped out of the spotlight, not fighting again for well over a year. When he finally returned for the rematch against Chandler, he lost a five-round unanimous decision. He bounced back this past May, however, with a gogoplata submission of Tim Wilde.

That win came at Bellator Birmingham, and Primus will look to recreate the same magic when he heads to Europe for the second straight fight this coming February. 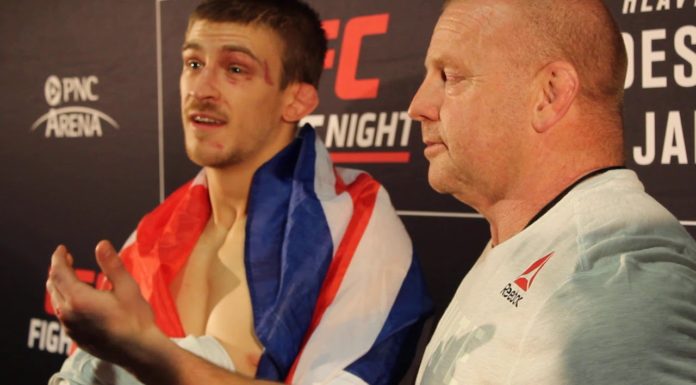