Middleweight upstart Cody Brundage (3-0) takes on Erick Lozano for the vacant Lights Out 185-pound title in the main event of Lights Out 6 on Dec. 14 in Grand Rapids, Mich., on FITE TV.

I wrestled my whole life and followed the sport at age 16. I have always loved competing and MMA fit the mold of what I wanted to do!

Do you have any background in any other sports?

I wrestled in college and was a two-time NCAA national qualifier in Division 2. 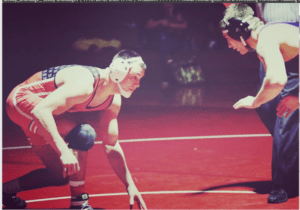 What do you do for work?

I am a carpenter as well as an MMA fighter.

I train with Josh Parisian and Michelle Pierreria. Recently I started working with Josh Krizan (my last opponent) and that’s been great. I also get a ton of training in with my wife Amanda Bobby Brundage (Cooper). 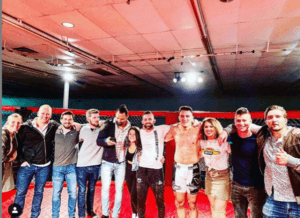 List of accomplishments such as titles, belt ranks, etc.…?

My wrestling is home for me so any striking techniques to set up my entries or cut angles would be my favorites. Double legs are always the best because of their high efficiency.

You’re set to fight veteran Erick Lozano. What do you think of him as an opponent, and how do you see this fight playing out?

I think he is very tough and composed which is a benefit of his experience. Technically though I feel I am the much more well-rounded and polished fighter. There’s no area he is better in other than experience and I think technically he will be overwhelmed by the late first or early second round.

What has been the up and the down of your career thus far?

It’s been pretty much all up even my losses as an amateur were ups because they didn’t really count against me and I learned so much from those fights. I took on some of the best ammy fighters out there to make sure I’d be ready for the pro level and it’s paid off. I’ve stayed healthy, been very active and have just as much passion now as I did when I started, so I can’t say I have too many downs. When I first started my career I was living out of my car, coaching wrestling on a stipend and working security on the night shift. That was the down; everything has been up from there (laughs).

You have fought at 205 in the past. Is that a weight class you may revisit in the future?

Right now I plan on staying at 185 unless a big opportunity presents itself. I don’t cut a ton of weight so 185 isn’t bad for me to make.

If you weren’t fighting today, where would you be?

If there was an opportunity to compete on The Ultimate Fighter, would that be something you would think about doing?

My wife and I have discussed it. She was on the show and made the finals, I wouldn’t do it. I can get in other ways and the environment wouldn’t be very conducive to the type of person I am. I think I’d miss my family and team too much.

Is there anyone on the regional scene you have your eyes on?

Nope, I’ll fight pretty much anyone and I’m not really into the regional petty trash talk people seem to love (laughs).

I fight because I love to compete, I love to test myself alone, in an environment where your success and failure is 100-percent up to you; few sports allow that opportunity. I fight for myself first and for anyone who believes in me and has supported me. My wife always says pay your supporters back by being great so that’s what I’m going to do! 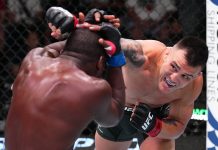