Randy Mahon takes on Josh Kwiatkowski in a featherweight fight at Rise FC 5. The event emanates from Landing Sport Center in Chilliwack, British Columbia. Another weekend, another great MMA event in Canada. This latest Rise Fighting Championship card goes down Saturday, November 30. It will mark the last stand of Randy Mahon, and The Moose will get loose for one more time as he enters the cage for the tenth and final time as a professional MMA fighter.

His opponent for his retirement bout, Josh Kwiatkowski, is someone Mahon has long scouted and respected. He stated, “It’s actually kind of ironic. I have watched a lot of video on Josh just not recently. I’ve watched it in the past because I’ve had a funny feeling that our paths would cross one day. Just because of the styles of how we compete. Both of us are the type of guys that like to come forward. I watched a lot of his fights and timing just seemed really right, right now.”

Mahon had theorized that perhaps he would be fighting another individual but circumstance brought him to this Rise FC 5 bout. “I actually had my eyes on that fight in particular. We were thinking of possibly asking for a match with (Matt) Klute if he had won,” said Mahon. “Being how tough he is too. After watching that fight and seeing how well Josh did then with everything going on with me I just figured, let’s ask for it. Ask for it out of respect because Josh is tough kid and he’s a martial artist at the end of the day.” 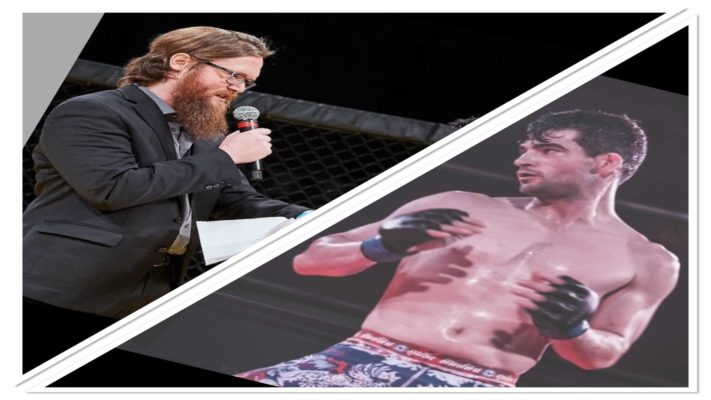 Mahon has been through a litany of debilitating injuries over the last few years. Not only causing physical damage but damage on an emotional and mental level. “Frustrating, that’s not even the right word for it,” explained Mahon. “It was beyond devastating. I hit a point with my training and everything, we were really looking at me possible dropping down to 135 lbs.”

Mahon continued, saying “Think it was October 6th when the injury happened and I was already walking at 153 lbs. I made one stupid mistake fooling around in training and I landed right on my head. That was the most frustrating part of it all. Not being able to do anything for the longest time after. I had to really pull back and just kind of is. Look at life in general and where my future was. I never really did stop moving. I was always trying to do what my body would allow me to do.”

Prepping Alex Martinez while he readied for a Brave fight was instrumental in reigniting his fire for this last fight camp. Mahon still has aspirations to stay in the sport though. “Motivated to get this part of the journey over with but also go out and put on a fight that people will remember too,” he stated. “That way I can walk away from the sport quite happy and help join my coaches with coaching the guys and helping out in that aspect.”

The martial artists at Champion Gym are now in a brand new training facility. A gym based in the area for twenty years and a place The Moose has long called home. They are still in Grande Prairie, Alberta and the new facility is ten minutes walking distance from the old on.

Randy Mahon has to have neck surgery eventually. One that will put him out for a couple of year. It’s the result of injuries like this that he’s deciding to hang up the gloves for good. Mahon has kept his son away from fights. The younger Mahon snuck out of bed to see his dad compete in 2017 on Fight Network. His boy is six and loves Jiu-Jitsu passionately

Spending more time with his son is of great importance to The Moose. “That’s the part that I’m going to look forward to the most now with retiring,” Mahon revealed. “It was also another big reason for me calling the time to retire.”

Ahead of his final MMA fight, Mahon has been contemplating a lot. Mahon explained that “Appreciating the journey overall. I’ve had a lot of really good moments and I’ve had a lot of really bad moments in there too. Most of the time those were my own choices…When I look at my record at the end of the day, even after this fight it won’t be a pretty record no matter what. But I look at the guys that I’ve competed against…..that’s the part that I enjoy plus everybody that I’ve met through this sport.”

Mahon has fought between featherweight and welterweight with a lot of memorable moments across those fights. One moment stands out as particularly memorable to The Moose. Randy Mahon said, “If there is one moment for sure, I would probably have to go back to the outdoor show for Xcessive Force. I believe that was 16 or 15. If you weren’t in my inner circle, a lot of people didn’t give me any chance in that fight whatsoever”

“Had a lot of people knew the injures I had going into that fight. I had a broke hand and I had hurt my lower back really bad too,” Mahon continued. “I kind of limped into that fight. More so knowing that if I pulled out, I would never be able to live that fight down. Had it been against anyone else, I would have pulled out of that fight. That one I could not and to overcome what I did that was probably the one moment that will always stick out.”

In summation, Mahon finished by saying “I’m planning this to be the best fight of my career. I’ve got nothing to hold back on. I don’t have to worry about what’s my next move or how good I look technically…I’m really looking forward to that because Josh is that exact same type of guy.”