Hoping to build on the success of their first fight, Bare Knuckle FC brought Artem Lobov and Jason Knight back to Mississippi to headline BKFC 9 on Saturday.

Bare Knuckle FC rose to prominence thanks to ‘The Queen of Bare Knuckle,’ Bec Rawlings, becoming something of a star for the promotion out of the gate. However, if anything really put the bare knuckle boxing organization on the map, it was the bloody showdown between Artem Lobov and Jason Knight earlier this year. The win by Lobov propelled him into a grudge match with boxing champ Paulie Malignaggi (Lobov won the bout after plenty of chirping and bad blood leading into the fight). Saturday at BKFC 9, the pair were running it back.

Going down in Biloxi, MS, BKFC 9 looked to reclaim some of the glory the pair brought to the company in their first scrap. Lobov vs. Knight 2 topped a card with plenty of UFC/MMA veterans, as Chase Sherman, Joey Beltran, Johnny Bedford, and Charles ‘Felony’ Bennett were also on the card. Of note, Sherman and Beltran were battling for the BKFC heavyweight championship.

The event kicks off at 9PM EST, with the PPV available via Fite.tv and traditional PPV outlets. 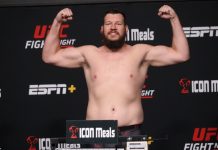 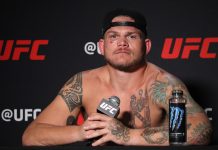