Since making his promotional debut back in 2012, Rustam Khabilov has gone 9-3 in the UFC lightweight division. Well established as a force to be reckoned with, the Russian has wins over the likes of Jorge Masvidal, Norman Parke, Vinc Pichel and others. He has a deep record, in other words. However, despite this he never really made it big in the lightweight division. One of the primary reasons for not being able to do so is because of the very notable names he lost to.

Back in 2014, when he was scheduled to face Benson Henderson, Khabilov was on a career high six-fight winning streak and was coming off a big win over Jorge Masvidal. Had he managed to get the win there, he would have automatically become one of the prime contenders for the lightweight title. However, not only did he lose to Henderson, he even proceeded to lose the next fight to  Adriano Martins.

Those two losses sent him all the way to the back of the line. It would take him three years and another six-fight winning streak to emerge from the shadow of those consecutive losses, but he was finally placed against BJJ-artist Carlos Diego Ferreira. A win here would be the escape route for Khabilov into demanding a contenders match-up from the company against a big name but sadly he lost the fight.

Usually fighters don’t need such an elaborate winning record in order to simply become contenders. However, given the lightweight division is by far the most stacked division in the sport it makes it very difficult for most to even break in the list of names who have a legit shot at the title.

Given Khabilov has lost to three notable names and most probably will have to wait for at least a year in order to find a breakthrough in the division, his decision to move up makes sense. Welterweight is a competitive division but is nowhere near as close as lightweight. Given the division is seeing some massive changes in terms of contenders this also gives Khabilov the playing field he needs if he wants a title shot.

Standing in his path Saturday at UFC Moscow is Sergey Khandozhko, who’s currently on a three fight winning streak and had a successful debut against  Rostem Akman back in June this year. If Khabilov can pass this test, he could join the stable of fighters who have found great success moving up, not down, in weight of late. 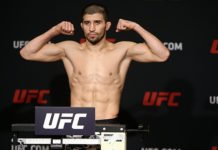 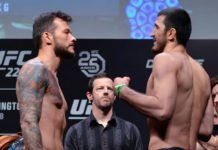 UFC Moscow: The New Dagestani Fighter to Look Out for, Ramazan Emeev 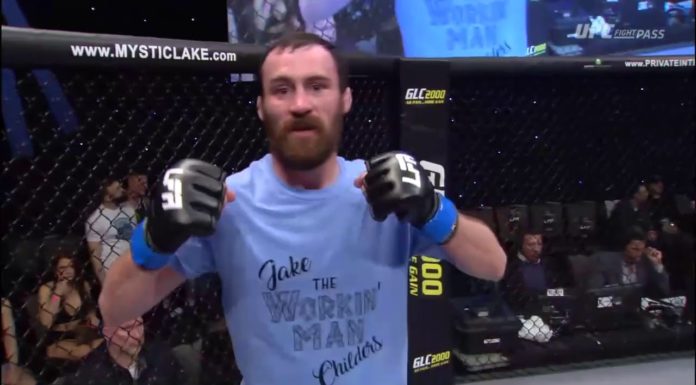