Get to know flyweight prospect Nate Smith ahead of his main event bout at MCF 18. It goes down October 19 for the promotion’s 125lb title.

Nate Smith will enter this weekend’s MCF 18 a perfect 5-0 as a pro. Battling Delfino Benitez from the promotion’s 125lb strap, former Victory FC amateur champ Smith is looking to win his first title since turning pro in 2017. We caught up with Smith ahead of his main event title fight Saturday.

Man, I got into MMA from just watching it growing up. As well as from a lot of other influences.

Do you got any background in any other sports?

Yes! I was very deep into football as well as wrestling. I have a huge background in wrestling which a lot of people sleep on. 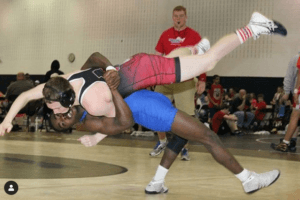 What is your career, or would MMA be your full-time job?

I work part-time jobs here and there, but I give my undivided attention to my MMA career. Just so I can reach and push towards my maximum potential.

I train with a lot of stud UFC fighters and prospects as well as ex-Bellator champions. From Anthony Smith, Devonte Smith, Johnathan Martinez, Cody Stamen, Sid Bice, Brandon Royval and the OG himself Joe Warren. All at Factory X. 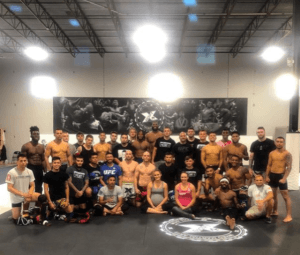 USA Junior Olympic wrestler in Greco Roman, Fargo All-American as well national champion. Won a ton of amateur belts, too many to think of as well. I’m currently number 24 in the country in the flyweight division.

My favorite strike is the basics A Dutch style 1,2 into my double leg takedown.

You’re set to fight Delfino Benitez coming up. What do you think about him as an opponent and how do you see this fight playing out?

I think of him just as another individual in my way and I have to get through them. Nothing else, nothing more, nothing less. I already beat him twice so it’s another day in the office.

I would be honestly just working a regular 9 to 5 job and taking care of my little four-year-old girl.

You’re still so young in your career. Where do you see yourself in the next couple years?

Well in the next two years I will be a top contender. And followed up with me beating and becoming the new flyweight champ and having a long run like Mighty Mouse.

With how the state of the flyweight division is would you consider moving up to 135?

Yeah but only if I had to bump to 135 regardless. I know what I have to do no matter what weight and that’s be great and make history and win titles.

Is there someone on the regional scene you would like to fight?

Someone who’s getting a shot in the UFC to be honest because I personally feel there’s guys who are given chances who aren’t even remotely close to my level of skill.

Explain a normal day in the life of Nate Smith?

My normal day consist of me getting up taking a good shower, having some coffee preparing me. As well as getting a couple push-ups in just to get my body active, eat a nice breakfast if I can, then head out straight to training and get ready for growth and development.

Favorite show that’s pretty hard to say I have mini from watching anime to watching Black-ish but honestly other than that I don’t really watch TV.

Why! It’s bigger then me. Because not only do I fight for my daughter to provide a good life for her and show her how to continuously push forward through any obstacle that is thrown her way in life. As well as for my family. I really want to take my grandmother out the hood and give her everything that she wants or anything that she wants because my grandfather passed away four years ago and it was one of the biggest heart breaks I have ever had. And plus I want to continue making my grandfather proud of me continuing to pursue my dreams even after I got my education in college and being the first in my family to do so.

MCF 18 takes place live on Saturday, October 19 at the D&N Events Center in North Platte, Nebraska. A live stream PPV of the card is available. 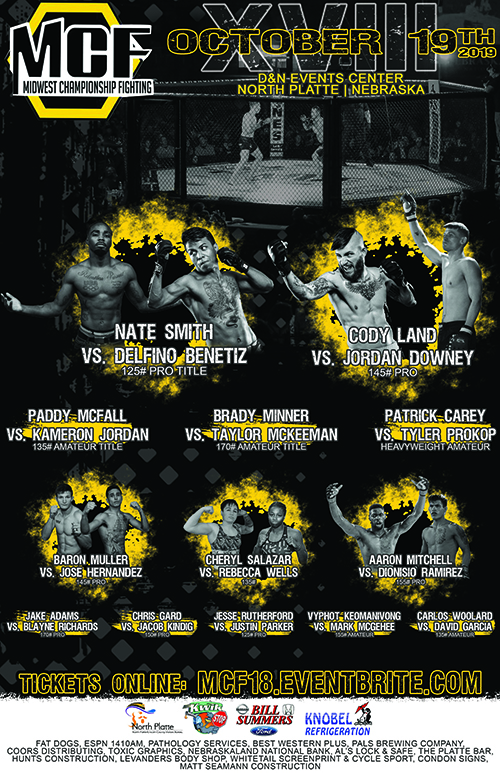