After a lengthy hiatus, Ketlen Vieira will return to action against Irene Aldana at UFC 245 in Las Vegas this December.

Mexico’s Milenio was first to report the news, which Aldana herself later confirmed on social media.

Defeating Vanessa Melo in a unanimous decision in her native Mexico, Aldana bounced back from a loss to former title challenger Raquel Pennington. Prior to that, she’d put together a three-fight win streak with victories over Talita Bernardo and Bethe Correira, as well as Lucie Pudilova.

Overall, ‘Robles,’ who trains out of the Lobo gym in Guadalajara alongside Alexa Grasso, is 4-3 in the UFC.

She gets the undefeated Vieira at UFC 245. The Brazilian last fought in March 2018, when she defeated Cat Zingano at UFC 222. That put Vieira on a four-fight win streak in the women’s bantamweight division. Title talk was in the air. Champ Amanda Nunes promised her a shot at the belt.

And then… nothing. Vieiera spent some time rehabbing a knee injury, but has not fought in well over a year. She’ll finally get back in action in Las Vegas, and look to keep her perfect record intact. 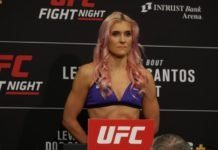 UFC: Holly Holm vs. Irene Aldana to Headline in Vegas on August 1 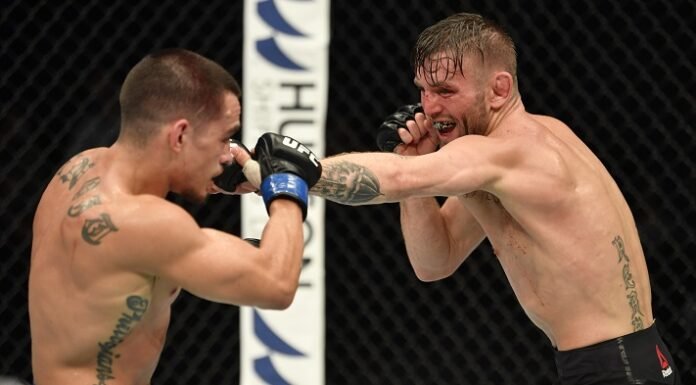