A light heavyweight bout between Ivan Shtyrkov and Kim Hoon is among three new additions to the RIZIN 17 card later this month in Saitama, Japan.

Ivan Shtyrkov (16-0-1) has signed on with Japan’s RIZIN FF, the promotion has announced. The massive Russian was briefly under the UFC banner, but USADA troubles put the kibosh on that before the ‘Ural Hulk’ ever appeared for the promotion.

News of the Shtyrkov booking was announced in a press release by RIZIN officials. That release included a statement by Shtyrkov’s management addressing his USADA situation.

“When Ivan Shtyrkov signed with the UFC, he was immediately subjected to USADA testing. During one of those USADA tests, Ivan’s sample came back with an abnormal reading, not a positive test for PED’s. UFC decided it was best to pull Ivan from the fight in Saint Petersburg until more tests could be concluded. After 2 more laboratories did tests on the samples, they found that even though the levels of testosterone in his body were within the legal limits, they couldn’t determine that the testosterone was only naturally produced. Ivan maintains that he has not taken anything on the USADA banned list for the previous10 months, however the UFC and USADA’s look back window is 1 year, and as we have seen with other athletes in the UFC, some substances can stay in your body significantly longer than that 1 year. Ivan is excited for his opportunity with RIZIN and understands that he will be subjected to their drug testing policies and plans to abide by them. He is looking forward to competing in Tokyo in July.”

What RIZIN’s drug testing policies are was not made clear. 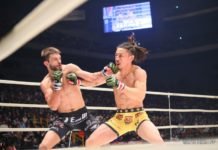 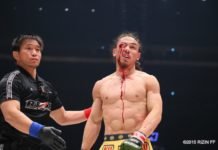