Holly Holm will forever be associated with one of the greatest upsets of all time, her head kick knockout over Ronda Rousey. However, at UFC 239, she’ll look to be remembered for more than that one moment.

Las Vegas, NV – In the co-main event of UFC 239, Holly Holm will take yet another seemingly unbeatable champion. After fights against Ronda Rousey and Cris Cyborg, she’ll take on an individual who has bested them both. Amanda Nunes. Holm’s experience in those big fights gives her comfort in the position she is in, as she explained to media members at UFC 239 Media Day.

“Every fight is different. Every experience in the past helps you prepare for your experiences going forward. I do feel like this is a very different fight. It’s me and Amanda [Nunes]. It’s not me and anybody else. Being the underdog, some of the big fights I’ve had before have helped me prepare for this. It’s the co-main event on a pay-per-view. It’s International Fight Week and you’re up against someone who’s double champ from two different weight classes. You can look at all these things that can make you think, ‘Oh my gosh, what am I doing?’ Or you could be like, ‘You know what? This is an opportunity for me to take it and make the most of it.'”

Fighting the caliber of fighters that Holm has in her career can be daunting. For her though, it’s just another opponent.

“I think each fighter I fear and I never look at one fighter and think, ‘That is the best. I think some have ups and downs, and some can be on a winning streak for a while, some can really leave a legacy behind by the time they’re done with their career. But I don’t ever label anybody like that.”

“The Preacher’s Daughter” rocked the world in 2015 when she knocked out Ronda Rousey. Since then, she is 2-4 but has stayed at the top of the division the entire time. Amanda Nunes is now considered the greatest female fighter of all time, so would a knockout over her overpass the Ronda KO?

“I think that beating [Amanda] is the biggest thing right now because that’s what now is. Beating Ronda was three years ago. Three and a half years ago. I’m not living on that moment for the rest of my life. Was it a great moment of my life? It was, but it’s not something I’m living for right now. If I was still stuck in that time that means I wouldn’t have gotten better over these past three years. I’m a totally different fighter than I was then. So is Amanda. And this is a totally different fight.”

Holly knows how to prevent her legacy from being defined as a singular moment, and it starts next weekend.

“Keep winning. I don’t mind that people talk about that moment. Here’s why: I always felt in my life that I want to do something that shocks the world. That’s what people remember more. That doesn’t mean that they don’t think that I did anything else in my career. It’s just something that’s stuck in their head that much. I don’t mind that people remember it because that’s how much it made an impact. That’s what made me known. Yes, it was a big moment, then later it’s like, we know she’s already done this so there’s not the shock factor as much. So going forward from that there’s not much of a shock factor. I think that that’s the difference. That shock factor.”

See if Holly Holm can add another legend to her resume in the co-main event of UFC 239 on July 6. 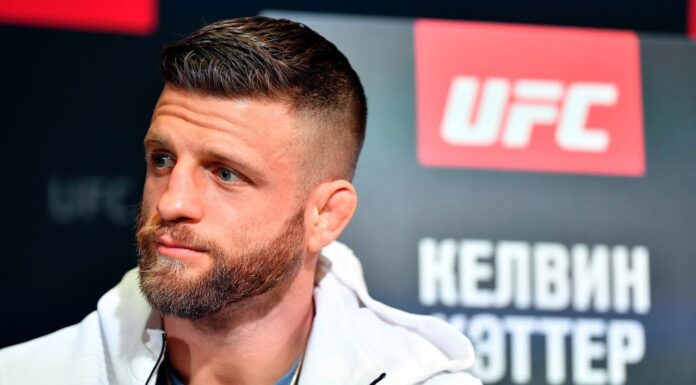