Jesse James Kosakowski is one of the top regional fighters of the northeast. Coming off of a victory a few months ago at Bellator216, Kosakowski looked to continue his submission reign in CES at CES 56 on Friday.

Ryan Jett, a native of North Carolina, was on a three fight losing streak and was making his CES debut Friday evening.

Round 1: Jesse James Kosakowski opens stalking Jett, but it is Jett who stuffs a takedown and lands a couple of huge hooks to Kosakowski. Jesse does not panic and opens up Jett for a submission attempt, locking in an arm-bar. Jett slams the head of Kosakowski off the ground but remains in the submission. The referee the calls it after a tap, but Jett gets up furious saying he did not tap.

Regardless, only 1:22 into round one, Kosakowski remains undefeated with an armbar victory.

Kosakowski spoke after. “I just remember I got hit a couple times and said ‘S*hit I gotta lock something in,’ so I did, he tapped.”

“I wasn’t affected by the slam, but his punches man those hurt me, had to lock it in and I did.”

Welterweight champion Vinicius de Jesus then stepped in the cage and challenged Kosakowski to a title fight. It seems to be set for July. An interesting couple of minutes for Kosakowski.

Check our CES 56 page for up-to-date results from the event! 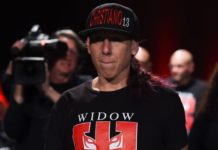 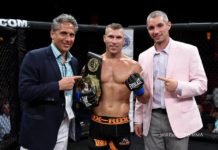 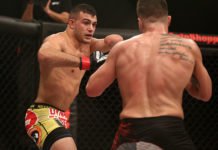