Lots of new additions have been made to July’s UFC San Antonio, with a half dozen fights joining Carmouche vs. Modafferi.

The UFC’s July date in San Antonio, TX just got a lot busier. First reported by the San Antonio Express News, a half dozen fights have joined the previously revealed match-up between Roxanne Modafferi and Liz Carmouche. The bouts include names like Sam Alvey, Bruce Leeroy, and the previously scheduled bout between Aleksei Oleinik and Walt Harris. It moves to UFC San Antonio after originally being scheduled for this month.

Also booked is debuting Texas bantamweight Domingo Pilarte, who will take on Felipe Colares. Pilarte had been expected to debut at UFC 230 last year, in Madison Square Garden. However, a training mishap led to a torn ACL. Pilarte was heartbroken, but he now gets to make his promotional debut in his home state. Not that he expects to be fazed by the experience.

“It is my UFC debut, but at the same time, I’ve been in this sport for over 15 years,” Pilarte told Express News. “I’ve been around the block. I’ve trained with the best. I’ve been doing this basically over half of my life. I just use my experience and take my time, and I know the finish will come.”

Originally scheduled for UFC Ottawa, Aleksei Oleinik vs. Walt Harris was put on hold when Oleinik was moved to UFC St. Petersburg to face Alistair Overeem. He came up short against ‘The Reem,’ but the UFC is moving forward with the Harris fight regardless. Harris defeated Sergey Spivak in under a minute in the Canadian capital. Afterward, he said the Oleinik fight still interested him.

Sam Alvey, one of the busiest men in fighting, will take on Klidson Abreu at light heavyweight in San Antonio. Former title challenger Raquel Pennington will face Irene Aldana in a women’s bantamweight clash. Steven Peterson will take on Alex Caceres, a.k.a. Bruce Leetoy, at featherweight. And Mario Bautista will battle Jin Soo Son of South Korea at bantamweight.

UFC San Antonio, which will serve as UFC on ESPN 4, takes place July 20, 2019 at the AT&T Center in San Antonio, TX. A main event for the card has not yet been announced.

The UFC on ESPN 4 card currently looks as follows: 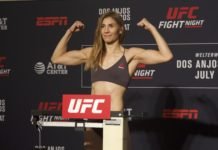 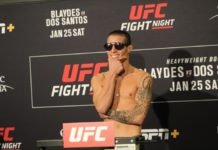 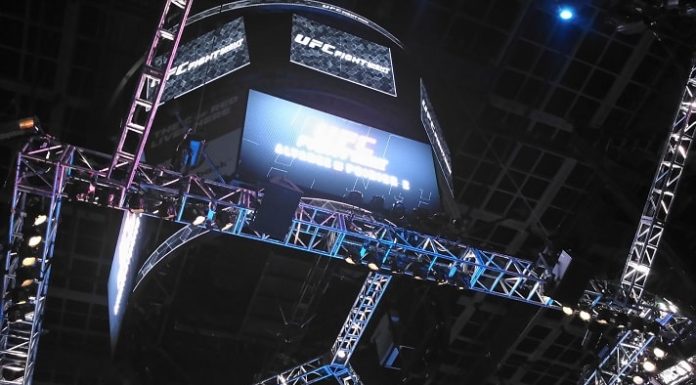