ONE Championship: Warriors of Light saw title fights in both Muay Thai and Kickboxing, part of the ONE Super Series, on Friday in Bangkok.

Back in action Friday, ONE Championship brought Warriors of Light to the Impact Arena in Bangkok, Thailand. Topped by a bantamweight Muay Thai title fight between Nong-O Gaiyanghadao and Japan’s Hiroaki Suzuki, the card put MMA on the back burner. Aside from the main event, the co-main feature had kickboxing action at the forefront, with a flyweight world championship bout between Petchdam Petchyindee Academy and Elias Mahmoudi.

The card was the second of three in a busy month for ONE, which was also putting on Enter the Dragon in a week’s time.

Check back come fight time for full results and a live stream from ONE Championship: Warrior of Light (where available). You can find results for the event below!

ONE Championship: Warriors of Light 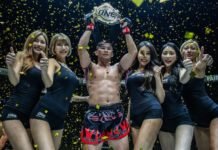 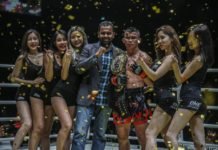