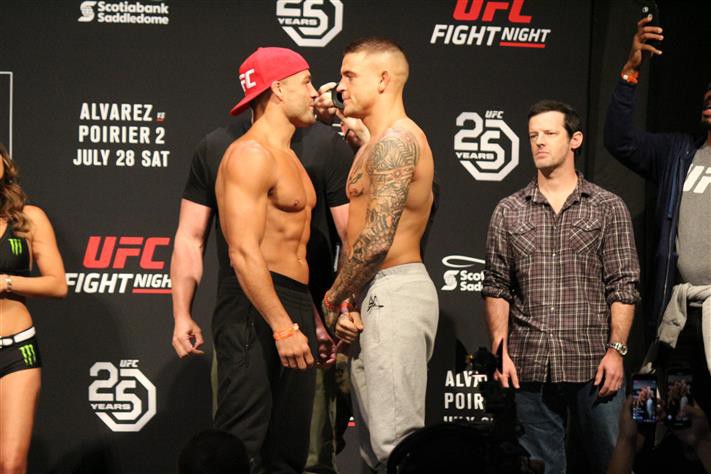 Many high-profile and memorable fighters earn their followings with intense rivalries. In MMA, we’ve recently been treated to McGregor-Diaz, Dillashaw-Garbrandt, Jones-Cormier, and more. For Poirier, his career took a much-need upward turn during his two bout rivalry with former UFC and Bellator lightweight champion Eddie Alvarez.

Their first match-up, at UFC 211 in Dallas, ended in controversy. In a fight that Poirier was arguably winning, illegal knees from Alvarez ended the bout near the end of round two. In Alvarez’s first fight since losing the title to McGregor, Poirier had the opportunity to thrust himself into the lightweight title picture. Instead, the bout was ruled a no contest.

Poirier would get his rematch. Although it wouldn’t come right away, the wait would be worth it. In the main event of UFC Calgary in July of 2018, Poirier earned a “Performance of the Night” bonus for his second round TKO victory over Alvarez. Despite the route to the rematch, the battles with Alvarez showcased Poirier’s skills, cementing his place in the lightweight title race.

2018’s Fight of the Year: Poirier-Gaethje

As important as the Alvarez rivalry is, the defining fight of Poirier’s career to-date is his 2018 Fight of the Year with fellow madman Justin Gaethje. An incredible war, Poirier-Gaethje in the main event of UFC Glendale last April is the kind of fight that creates new fans. It was Poirier’s third Fight of the Night bonus in his last four fights. Yet, it managed to stand out.

Poirier earned the victory with a fourth-round TKO, setting up his all-important rematch with Alvarez. He showcased his skills and improved game like never before, and once again proved he belonged with the heavy hitters in the upper echelon of the lightweight division. A win over Holloway at UFC 236 on Saturday gives Poirier the biggest moment of his career. But, it’s his bout with Gaethje that we’ll be talking about for years to come.

It’s not how anyone would’ve drawn it up, but Dustin Poirier battling Max Holloway for UFC gold is something we can all get behind. Poirier’s career has been fun to follow, and regardless of what happens at UFC 236 in Atlanta this weekend, we know more fun is on the way. Let us know what you think of Poirier’s rise to title contention and what you think of his chances this weekend! Comment below, on Facebook, or reply on Twitter! 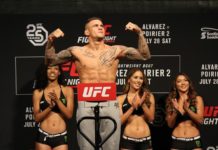 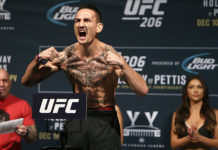 UFC: The Reign of Max Holloway