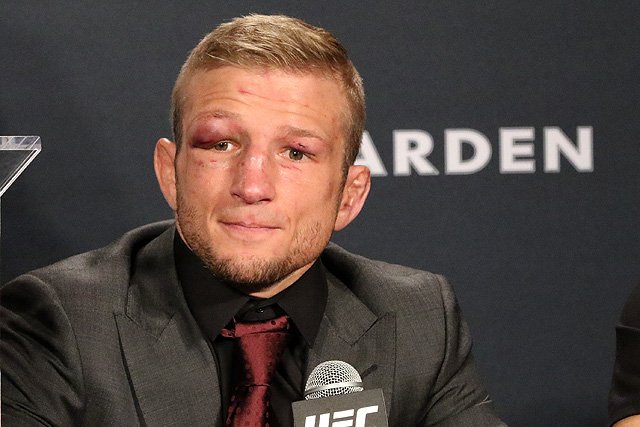 Ex-UFC bantamweight champion TJ Dillashaw has been suspended for two years by USADA following a positive test for Erythropoietin.

Former bantamweight champion TJ Dillashaw has been suspended two years by USADA following a positive test for recombinant human erythropoietin (rHuEPO).  Dillashaw, who already willingly vacated the UFC bantamweight championship, is not contesting the suspension and is eligible to return to competition in January of 2021. USADA announced the suspension in a press release Tuesday.

Dillashaw had previously announced that he was willingly vacating the title and that he was aware he had tested positive for a banned substance.  Under a new policy, USADA does not disclose whether a fighter has been flagged until all tests have been tested and confirmed and the adjudication process completed, so Dillashaw had pre-empted the announcement by taking to Instagram to break the news himself.  He made the decision to relinquish the title, in his words, “out of respect and fairness to the rest of the division.”

The specific substance Dillashaw tested positive for had not been made public until Tuesday.  Erythropoietin, more commonly known as EPO, is a substance that helps with oxygen absorption and is known to be a serious performance enhancing drug.  In a statement from the UFC’s Jeff Novitzsky to ESPN,  “It’s a very effective substance. It’s not a substance you find in contaminated supplements; it’s injectable only. You have to know what you’re doing when it enters your system.  On a scale of seriousness in anti-doping, it’s up near the top.”

Before a loss to Henry Cejudo for the flyweight title in January, Dillashaw had been on a four fight win-streak and had posted an impressive 16-3 mark overall.  On the strength of victories over Renan Barao (twice), Cody Garbrandt (twice), Raphael Assuncao and John Lineker, Dillashaw was considered arguably the best bantamweight that the sport had ever seen.  The better part of the decade has seen a debate as to whether he or former champion Dominick Cruz would have dominated had the latter not been absent with injuries. The latest news has many questioning the validity of Dillashaw’s victories with many fighters taking to social media to express their thoughts on the matter.

Another note in Dillashaw's EPO case, USADA went back and re-analyzed a test submitted on Dec. 28, and that also come back positive for EPO. The reason it went undetected initially, is that a special test is required to reveal EPO, and that test is not run on every single sample.

Current flyweight champion Henry Cejudo will be moving up in weight to face top contender Marlon Moraes for the vacant title on June 8 at UFC 238.  There are also several surging contenders in the division such as Aljamain Sterling and Pedro Munhoz who are expected to compete for the title in the coming months.

No statement regarding the suspension has been made by Dillashaw or his camp. USADA included a statement from their CEO in Tuesday’s release.

“We all know the pressures to win at all levels of all sport are real and intense,” said USADA CEO Travis T. Tygart. “It is exactly why strong anti-doping efforts are necessary to protect clean athletes’ rights, health, and safety, and to ensure that those who do succumb to these pressures and decide to break the rules will be held accountable in a real and meaningful way, as in this case.” 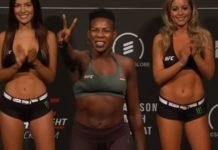 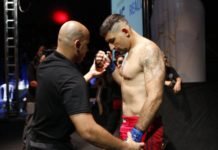