Fighting in the co-main event this weekend at UFC Wichita against Curtis Millender, Elizeu Zaleski is hoping to garner more attention with another successful outing.

Wichita, Kansas — Elizeu Zaleski dos Santos (going simply by Elizeu Zaleski) is on a six fight win streak, with two knockouts to his name. That has anchored him the co-main event slot at this weekend’s UFC Wichita (UFC Fight Night 146), topped by heavyweights Derrick Lewis and Junior Dos Santos.

It’s hard to be critical with that sort of success, and Zaleski told media members including Cageside Press on Thursday that “for sure, I’m really happy with how things have been going. I’m going to keep up the good work for a long, long time.”

Were it not for a close split decision with Nicolas Dalby in his UFC debut, Elizeu Zaleski would be undefeated in the promotion. While not dwelling on the past, the Brazilian does feel he won the fight. “All in all, I consider myself undefeated in the UFC, because there’s no way I can agree with the judges and what they said,” he stated Thursday. “Most of the media felt the same, and my coaching staff and everybody. It seems to be a consensus from everybody about the decision there.”

Since then, it has been a perfect 6-0 under the UFC banner. “In the end, if I keep on doing my work, there is no way to deny my shot at whatever comes,” he later added.

Fighting Curtis Millender this weekend, Zaleski has a tough fight in front of him. With that should come a solid reward. “If I get this win, they have to give me a top ten, or top five opponent,” he said.

It’s all about the path to the title. “Slowly, I’m going to get there. If I get maybe two wins against top ten, top five, who knows, maybe I might be a title contender for sure.” Though he did admit that “it would be nicer if they [UFC] gave me more attention, so I don’t just spring up there out of nowhere.”

“Hopefully this fight is a step in the right direction.” 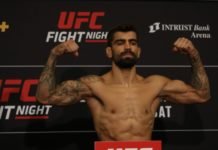 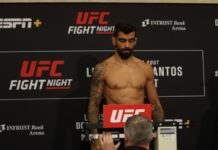 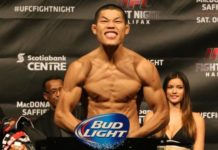 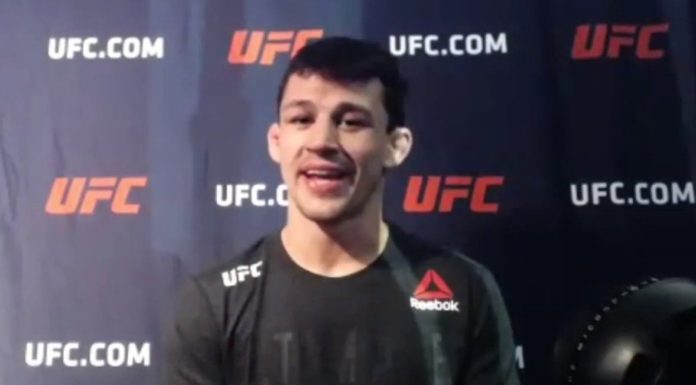