Bellator Newcastle featured a stunner on the main card, with Chris Bungard submitting top European prospect Terry Brazier in the first round.

In what was undoubtedly the shock of Bellator Newcastle, Scotsman Chris Bungard upset former BAMMA double champ Terry Brazier in the very first round with a rear-naked choke.

Terry Brazier came into the fight with a 10-1 record and a nine-fight win streak. In his last two fights, Brazier beat both Rhys McKee and Alex Lohore to win BAMMA’s lightweight and welterweight titles. Prior to his MMA career, Brazier was a member of the armed forces, undergoing several tours in Afghanistan.

Chris Bungard stood on the other side of the cage with a 13-4 record and 10 stoppages to his name. His resume, however, is not nearly as decorated as Brazier’s.

Despite the quick and aggressive start from the Englishman, Bungard was calm and collected and in the first round, escaped the grip and took the back of Brazier before sinking in the rear-naked choke.

A huge upset and a remarkable victory for a man that many will have written off in the fight. This extends his winning streak to four and for Brazier, this represents his first loss in his last 10 fights. 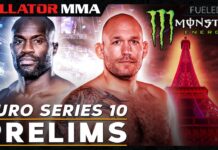 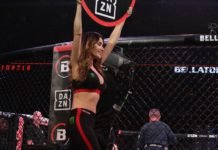