Here’s a look at last year’s list, with Bevon Lewis and Anthony Hernandez (who headlined the prelims of UFC Brooklyn on ESPN to kickoff 2019) both making it to the UFC in 2018:

Jun Yong Park started off his MMA career with an up-and-down record, going 3-3 in his first six fights. Park hit a spark with a win in November of 2016 and then went on to win his next six fights with five finishes. Park is arguably one of the best Korean prospects right now, and is for sure the best in the middleweight division.

Park has the fan-friendly style Korean fighters are known for and loves to put on a show. When Park fought Glenn Sparv in July, Sparv was riding a six-fight win streak and was close to a deal with the UFC. Park ruined Sparv’s UFC hopes with a three-round beatdown in a very impressive striking performance. Park also has a win over Ray Cooper, who has been tearing it up over at PFL. 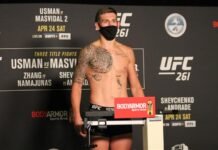 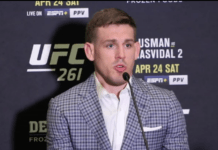