Flyweight action has been added to the Bellator 216 card in February, as Alexandra Ballou returns to action against Sarah Payant on the preliminary card.

Women’s flyweight Alexandra Ballou will be looking for her second win as a pro at Bellator 216 this February. On Friday, Bellator officials announced that Ballou would face Sarah Payant at the event. Ballou also confirmed the booking with Cageside Press. The event is the second of back-to-back cards Bellator is hosting in Uncasville, CT in February, with Bellator 215 going down one night earlier.

After picking up a handful of wins on the amateur circuit over the past two years, Ballou (1-0) turned pro in 2018, making her debut at Bellator 207 against Lisa Blaine. Ballou finished the fight with elbows in the third round, and will look to continue that success against Sarah Payant in February.

Payant (3-4) will hold the edge in experience at Bellator 216, but will be looking for her first win in the promotion in three attempts. She is, however, coming off a win outside Bellator MMA, having finished Jessica Borga at Premier FC 25 last March.

Bellator 216, which takes place February 16 at the Mohegan Sun Arena in Uncasville, CT, is topped by Michael Page vs. Paul Daley. Ballou vs. Payant will feature on the evening’s preliminary card. 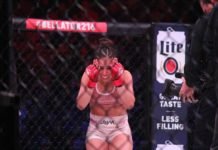 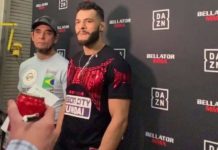 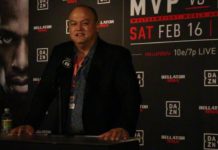